We find it difficult to climb the Mount Everest, even if we are physically fit. But this great woman, Arunima Sinha, is the India’s and world’s first amputee to climb the Mount Everest. Arunima Sinha was born in 1988, in Ambedkarnagar, UP. A national level volleyball player, she was going to attend an examination for CISF(Central India Security Force) and boarded the padmavat express train in 2011. The thieves who attacked her in the train pushed her out of the coach(Another version of the incident was, she committed suicide which is nothing but a rumor). Unfortunately, an another train which was passing by, went on Arunima’s leg and she was left with major injuries on the lower part of her body. Thus the doctors had decided to ampute one of her legs below the knee. 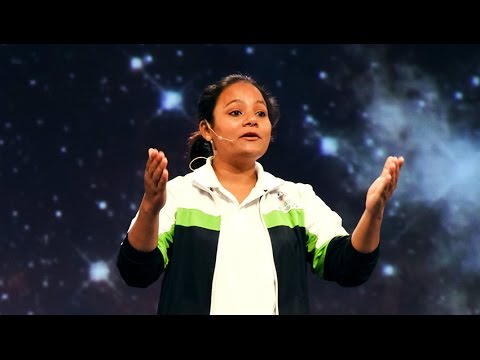 The sports ministry compensated her with a meagre amount of Rs.25000. Later due to the protests all over India, they gave an additional Rs.200000 and a letter of recommendation to CISF. Indian railways gave an allowance of Rs.500000 and even offered her a job.

Arunima Sinha was treated at AIIMS and was provided with a prosthetic leg. During this period, she was inspired by Yuvraj Singh who fought with cancer. It was then, when she decided to climb all the highest peaks of continents. With her brother’s support, she attended a basic mountaineering course.

She also took the help of Bachendri Pal, first Indian woman to climb the Mount Everest and attended another mountaineering course. Finally she set out to Everest along with her coach on April 1st, 2013. After 52 days, she successfully completed her mission.

The government awarded 25 lakhs cash prize to her. She was awarded the padma shree in the year 2015. There’s even a book written by her, ‘Born again on the mountain‘. Now, Arunima Sinha already finished 5 peaks. She’s very confident that she would finish the rest soon. But she has taught all of us that, with strong will power and determination, you can succeed in anything.

Also check out our article on “All You Need To Know About Manjhi – The Mountain Man“.