Nick Vujicic is an Australian Christian Evangelist and a motivational speaker. Vujicic was born on 4th December, 1982 in Melbourne, Victoria. Vujicic was born with phocomelia. His feet were deformed since birth, they were small in size. Originally his toes were fused with his foot. An operation was performed to separate it so that he could use it as fingers. While growing up Nick never showed any signs of being handicapped. He trained himself to stand upright by leaning himself over the wall. When Nick was young, he struggled mentally and emotionally as well as physically, but he gradually accepted his disability. 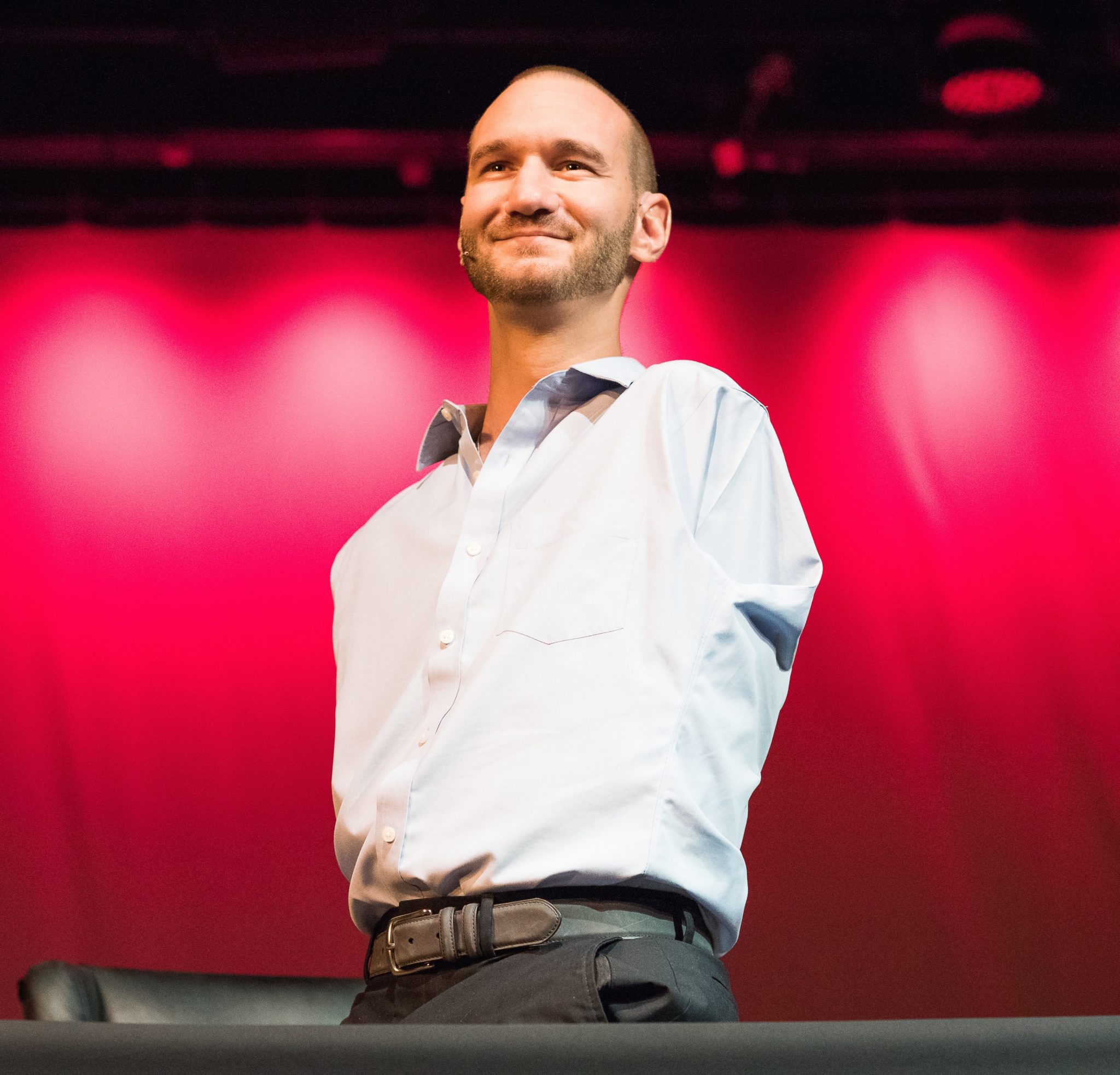 He was also bullied a lot but in secondary school, he was elected vice captain of his school. He struggled a lot to win over his depression and suicidal feelings. Nick graduated with a Bachelor of Commerce degree with a double major in accountancy and financial planning from Griffith University.

Vujicic has travelled around the world to share his story. He started a nonprofit organization and ministry, Life Without Limbs to share his story with people. Nick has spoken in more than fifty-seven countries and has also met a large number of government officials.

Vujicic is also the founder of Attitude is Altitude. It is a secular motivational company. Nick speaks to corporate audience, government, schools on different topics such as ending bullying, his own life story etc. He usually urges people to find hope in adverse conditions by finding strength in a personal relationship with God. Vujicic is a part of Stand Strong USA, a campaign which aims to end bullying and help children deal with depression. He has also acted in a short film The Butterfly Circus.

His first book Life Without Limbs was published in 2010 and has been translated to more than 30 languages. He also markets a short documentary filmed in 2005 named Life’s Greater Purpose.

He was the recipient of Australian Young Citizen Award in 1990. He also won the Best Actor award for his debut performance in The Butterfly Circus. He also received Well Done Award through the Kingdom Assignment organization in 2007. He also appeared on 20/20 American television show and was interviewed by Bob Cummings for it in 2008. Christianity Today magazine named Vujicic as one of the “33 under 33 shaping the next generation”.

Nick married Kanea Miyahara on 12th February, 2012 and has two sons with her named Kiyoshi James and Dejan Levi. He lives in South California with his family.

Also check out our article on “Jack Ma – The Inspiration Icon“.