Born in 1983 in Arizona Jessica Cox is the first licensed armless pilot in the world. Born without arms due to a non-genetic birth defect which was very rare, Jessica never allowed her disability to hold her back from excelling in different fields and scaling to new heights. While she grew up she never let herself fall into a deep pit of sorrow and followed her heart. 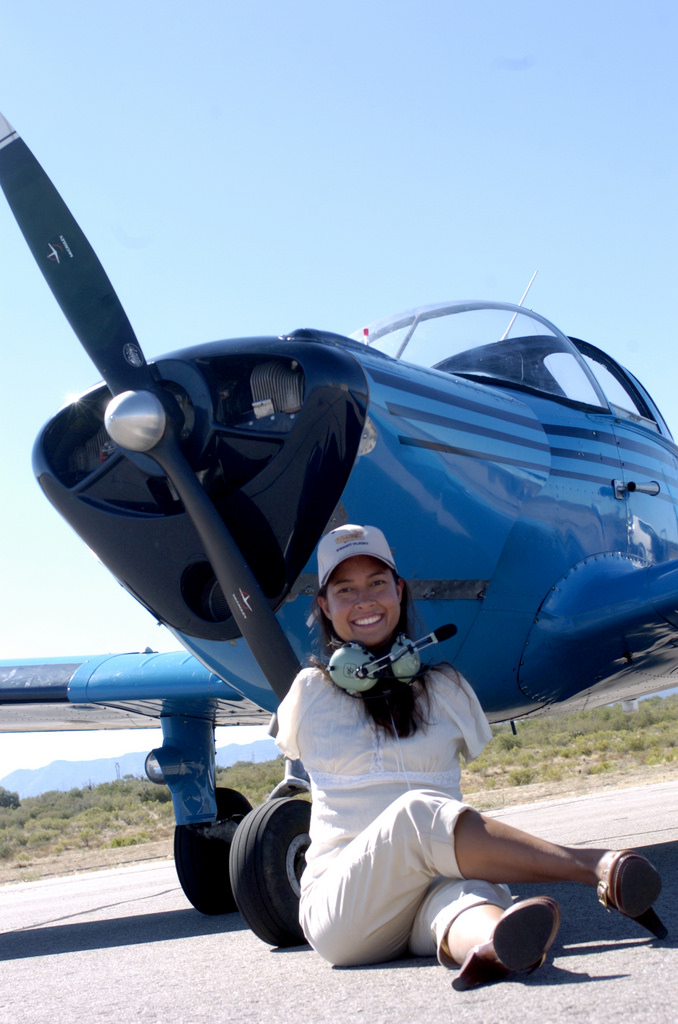 Jessica learnt swimming, was a part of girl scouts, did modelling, tap dancing and Taekwondo. She also holds the title of being the first armless black belt in American Taekwondo Association. Cox is also a certified Scuba diver.

Jessica graduated with a bachelor’s degree in Psychology and a minor in communications from University of Arizona in 2006.

Cox stopped using prosthetic arms when she turned eighteen. Using her feet as her hands Cox has trained herself to do a lot of things. She can drive an unmodified car with an unrestricted license all by herself. She can also type on keyboard, pump her own gas and put and remove her contact lenses to name a few.

Jessica obtained her pilot’s certificate in 2008. She underwent three years of training and is eligible to fly a light – sport aircraft to altitudes of ten thousand feet. She flew her first airplane in 2005. She won an entry in
Guinness World Record for the “First Armless Person in the World Ever to Have Obtained a Pilot’s License“.

Cox started training in Taekwondo at the age of ten and by the time she was fourteen she earned her first black belt. When Cox reached college she restarted her Taekwondo training at an American Taekwondo Association club. She has earned her second and third degree black belts.She also earned the title of 2014 Arizona State Champion without competing in a special abilities ring.

She also works as a motivational speaker and has published a self-help book named ‘Disarm Your Limits‘ in 2014, so as to help people win over their challenges by sharing the lessons she learned in life. She is also the subject of the documentary Light Footed directed by Nick Spark. She is married to Patrick who was her Taekwondo coach.

All You Need To Know About AARON SWARTZ