“All our dreams can come true, if we have the courage to pursue them” – Walt Disney. This quote is very apt to Manjhi – The Mountain Man. Never heard of him? Then it’s time to know and draw some inspiration from this great personality. He had chased his dream for about 22 years and finally succeeded. 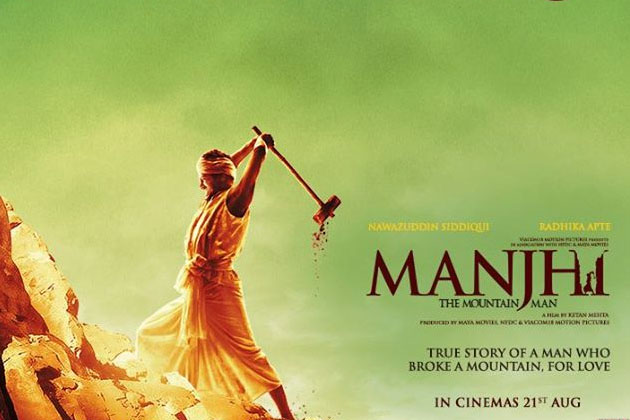 Dashrath Manjhi hailed from Gehlaur village in Gaya district, Bihar. Gehlaur is a very remote area and lacks the access to basic amenities like hospitals, schools etc. In case of any emergency, the villagers had to cross a big Mountain to find assistance from the neighboring villages. Though the villagers had submitted several petitions to government, the officials never responded to construct a road for them.

Once Manjhi’s wife, Phalguni devi was crossing the mountain to fetch him water. On the way she slipped and had major injuries. By the time she was given a proper medical treatment, she passed away.

This incident had mentally disturbed Manjhi a lot. He realized that the government is never really going to do anything about the road. Since he doesn’t want his villagers to go through the same fate once again, he took a challenging decision that to carve a path on the mountain.

When Manjhi went with hammer and chisel every day to create a path, all the villagers made fun of him. But after seeing his strong will power, even they started to help him by providing tools and food. Though destructing a mountain is punishable under Indian wildlife protection act, Manjhi was never scared.

The government constructed pucca roads and a six bedded hospital in Manjhi’s locality. It also proposed his name to padmashree award (2006) in the field of social service sector. Mr. Ketan Mehta, directed a hindi movie on Manjhi titled the same. The Bihar government exempted this movie from entertainment tax. There are also two kannada movies featuring him. Aamir khan, dedicated one of the episodes of ‘Satyamev jayate’ to this poor man’s Shahjahan.

Manjhi died in 2007, due to gall bladder cancer. The Bihar government gave him a state funeral. However this ‘pahad purush’ lives in the hearts of Gehlaur’s villagers forever. He’s really an inspiration for many of his villagers even today.

Also check out our article on other inspiration icon Jack Ma!!!