Home Top 5 Top 5 Most Spoken Languages In The World

There are innumerable people in the world with different creeds, customs, beliefs, etc. and most importantly speaking different languages. Language is one’s way to communicate with people, to express thoughts on a particular topic. They help in segregating people of different religions, etc. There are roughly 6,500 spoken languages in the world today. However, about 2,000 of these languages have fewer than 1,000 speakers. 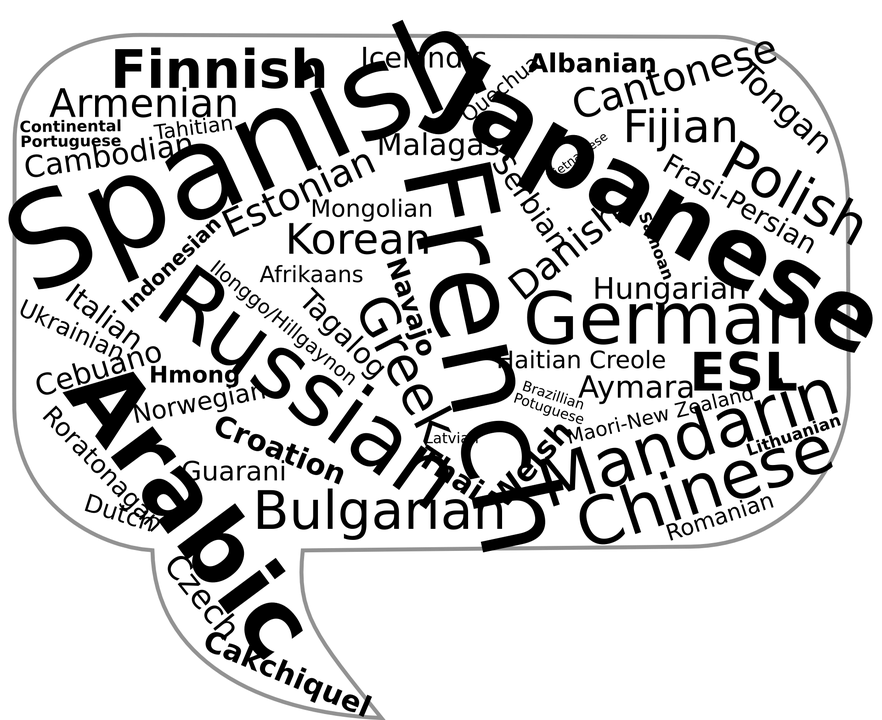 No. of speakers: 1 billion+

The reason that Mandarin tops this rank is because this language is spoken by the people of most populated country in the world. This language is somewhat tough to learn because each word in this language can be pronounced with four different tones. At beginning, it will be tougher to distinguish between different words but if you start practicing, you can easily learn this language as like those 1 billion+ people.

Even though English doesn’t have most native speakers, this language is spoken unofficially my most of the countries in our world. I hope that most of us know very well about this language, so lets move on to the next most spoken language.

Also read “Top 5 Countries Where You Can Study For Free“.

Hindi is the most spoken language in our country, that is INDIA. It is predicted that the population of India will soon surpass China which in turn influence this top list. Though Hindi is the national language, most of our Indians speak English more often.

This language is not only used in Spain but also widely spoken in various countries like US, Cuba etc. Moreover most English languages like patio, taco, bonanza etc are borrowed from Spanish only.

This Russian language is not only spoken in its mother country but also in particular countries like Belarus, Kazakhstan, and particular areas of US which makes it top the list.

French, Portuguese, Arabic are some of the other most spoken languages which comes after this list.

Language – A Part Of Us

Language even helps in finding out the personality of the person, the way he talks. Does he use the abusive phrases or his words are filled with kindness and softness. The traits of a person can be known by his language. People judge each other these days by the language a person uses. They can define that to which society or the surroundings one belongs and accordingly deal with them. One who speaks politely and uses pleasing words is loved by all and on the other hand, the one who speaks harsh words is neglected by all.

Language is often confused with dialects. A dialect is a variety of a language that is distinguished from other varieties of the same language by features of phonology, grammar or vocabulary and by its use by a group of speakers who are set off from others geographically or socially. Another definition of dialect is, any particular form of a language which is peculiar to a specific region or a social group. Example could be, in India, the language is Hindustani but there are different dialects i.e. Punjabi, Malayalam, Marathi, Urdu, etc.

There are many debates, disputes and discussions upon this. For example:

Like that. But, we don’t have to get into it. we just have to speak the desired language or the words at the right place and at the right time.

Also read “Top 5 Ways To Save Your Money“.

The below picture shows the list of languages with native speakers (in millions) in bubbles: 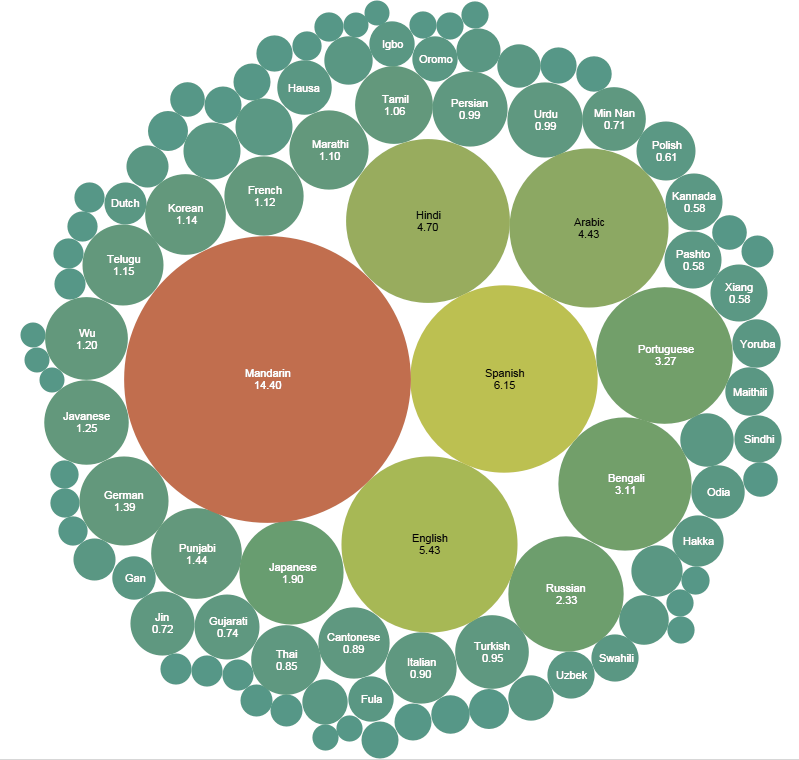 Top 5 Reasons Why One Should Not Watch Bigg Boss

Top 10 Music Apps of All Time

5 Reasons To Use Torrent Sites Despite Being Illegal