Between the last decade of the 20th century and the first decades of this current century, a lot of discovery has been made on energy systems, to provide homes worldwide with new efficient power alternatives that are green, more economic, and independent of nonrenewable sources. 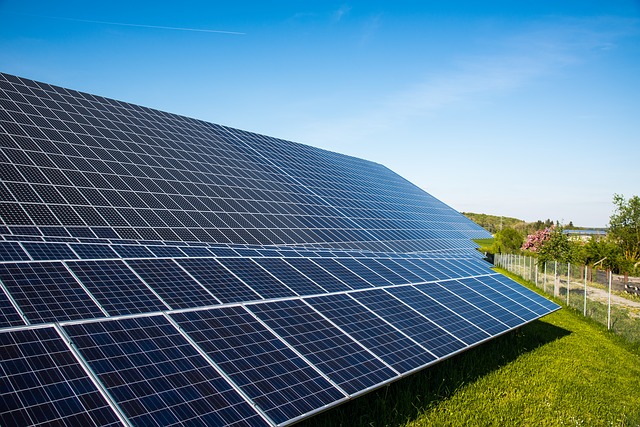 READ ALSO:  The Power Of Tele-Immersion In Internet

The Solar Power System is the most popular and reliable alternative system that provides many residences and buildings with sun energy, in order to keep the basic systems running. However, like all alternative power sources, the system has some drawbacks that cause hesitation in many people.

However, if you happen to live in New Jersey, the implementation of a solar power system might do you more good than harm, as New Jerseyans are regulated by a Renewable Portfolio Standard (RPS) that demands a 22.5% electricity income from renewable sources by 2021. Furthermore, besides Arizona, New Jersey has the best net metering across the States, as well as being one of the main powerhouses of solar energy in the country.

That means that you don’t have to worry a bit about not having enough incentives in options available to jump forward and implement a solar system in your home. Hence our effort to share some light on what you need to know about solar power systems, and how it can be the best option for you to have in your own residence in New Jersey.

What’s a Solar Power System (How it Works?)

Once the question “is residential solar worth it” pops up in your mind, it is evidently clear that you are somewhat familiar with the concept, nevertheless, it is best to ensure you know how the system works and what the main components are, so you can understand and best analyze the options available to you.

The Sun, A Gift from Mother Nature

Keep in mind that our beautiful sun is a natural nuclear reactor. This means that it releases energy in the form of photons that travel a total distance of 93 million miles straight to the earth in just 8.5 minutes. This translated to electricity and square meters means that direct sunlight exposure per square meter on earth can generate a total of 800 to 1000 watts per hour. However, this depends on a series of factors such as,

If you compare these numbers to your monthly electricity consumption that, according to the American Energy Independence, can normally fluctuate between 500 to 1000 kilowatt-hours of electricity per month, you can start to better visualize why solar energy has such a great potential.

If you’re keen on doing the math to estimate the global electricity requirements, you will realize that in an hours’ time, the Earth can get enough photon exposure that allows the virtual satisfaction of the world’s energy needs on a yearly basis.

The main function of a solar system is to make those photons work by capturing and transforming them into electricity.

This is made possible by the system’s two main components:

Solar panels consist of silicon solar cells that act like semiconductors. With both positive and negative sides, they create an electrical field that retains photons and separates electrons from their atoms. The field creates an electrical circuit capable of producing electricity each time the loose electrons hit the circuit. So, it is expected that the quantity of solar panels is directly proportional to the amount of energy generated.

However, there’s still something missing, as the country’s electrical power grid works on Alternating Current (AC) electricity, whereas the electricity coming out of the panels is still useless due to the fact of it being Direct Current (DC). This is where the solar inverter comes into play.

The second main component of the solar system is the solar inverter. Its function is one of converting electricity from DC to AC. Another cool function of the inverter is to provide:

At first, not everyone could afford having a solar system as the initial cost of investment was more than many middle-class families could afford, let alone the requirements of the house and the building.

Nowadays technology is helping to tremendously reduce the costs, with the creation of more efficient solar inverters that can maximize the performance of each solar panel while making it way more affordable. However, there are some requirements that your house needs to meet in order to become eligible for having a solar power system, such as:

Once your house meets the qualifications, you’ll need to take a look at the pros and cons of having a solar system in New Jersey.

The advantages of installing solar panels in New Jersey are

The disadvantages of installing solar panels in New Jersey are,

New Jersey falls out of the sunbelt area: This means that the solar irradiation will be much less than in other states like California, therefore the electricity production per year will decrease significantly. The best time to start an llc in california is when you have a good idea for the business, and you have the necessary capital to start the business.

Finally, the cost of installation varies from home to home, but overall here are the general costs of solar panels per watt.

Parenting Your Teenager – A Comparative Study of India and the...