Home INFO What is a Cash Bond and How Does It Work?

The expression Cash Bond itself sounds quite intimidating to most of us. It either sounds like it has evolved from the alien-world, or, like a requirement of the most dangerous criminals in the world. To break this fear of yours, read along to find out what a Cash Bond really is and how you would be able to use it in a correct and useful way. 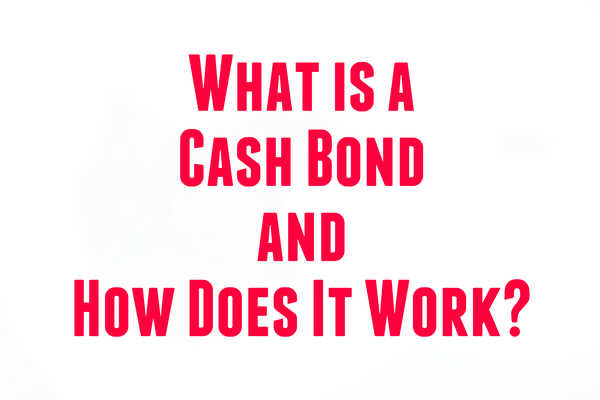 So, What is Cash Bond?

A Cash Bond is an arrangement made between two parties. As the name suggests, it is a bond wherein an amount of money is involved against an obligation. Considering two parties, Party A and Party B, if Party A opts for an obligation against a Cash Bond but fails to live up to the obligation as decided, then as per the contract, the Cash Bond is directly transferred to Party B as a compensation.

Now, you must have remembered by now that you have heard of something of this sort called the Bail. Well, you are correct because the Bail that we keep hearing of is nothing but a special type of Cash Bond. As per law, a Cash Bond called Bail can be availed by a defendant in lieu of which the defendant gets a temporary release from jail. The amount of money lodged against the temporary release of the accused is to guarantee that the accused person appears before the court on the day of the trial.

READ ALSO:  How To Deal With These Top 5 Distractions

Now that the concept of a Cash Bond is clear, it is time to learn its apt usage.

First of all, let us know who can issue a Cash Bond.

A Cash Bond can actually be drafted by anyone who is a legal adult. In the case of a criminal offense, the accused, the members of the family of the accused or any third party who deals in this field have the ability to draft a Cash Bond to rescue the accused.

A Cash Bond can be drafted and used in the following ways:

So, keeping all this in mind, we can now use a Cash Bond in an apt way for our own benefit.

READ ALSO:  The Mythological Story Behind The Colorful Festival of Holi