Home INFO The Mythological Story Behind The Colorful Festival of Holi

Holi is an age-old festival in India. It is celebrated in Phalgun Purnima (Full moon) which comes in February end or in early March. This colorful festival celebrates the triumph of ‘good’ over ‘evil’ and hence it bridges the social gap to rejuvenate the healthy relationships among people. Holi celebrations start before Holi with the bonfire of Holika which is also termed as ‘Holika Dahan‘. The pyre of Holika is prepared by the people in general for the bonfire, typically after the sunset, the bonfire is lit and people sing and dance and gather together to perform religious rituals and these rituals symbolize the victory of good over evil so they pray for eternal bliss and happiness over bad and evil. Next day starts with rangbhari Holi which is full of fun, party, water fight and delicious food. And there is no necessity for holding puja in the morning. 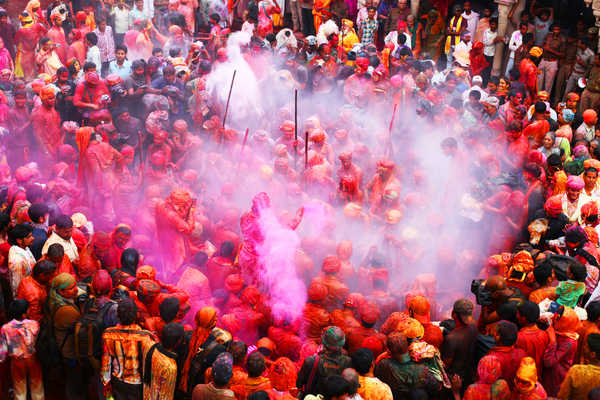 READ ALSO:  Why Raksha Bandhan Is Celebrated - The History

The Story Behind Holi

The entire concept of Holi like all the other festivals also has its fair share of mythological significance. The festival Holi, owing to the legend of Holika describes the story of Hirankashyap, who was the king of demons and had received the boon of immortality from Lord Bramha, after the years of austerity. Hirankashyap wanted to take revenge from Lord Vishnu for the death of his brother. As his mastery and arrogance rose, he began to demur people’s belief in the divine power and stipulated for worshiping him instead. Unlike the masses who were scared and strived to worship him, Prahlad the son of Hirankashyap was a complete devotee of Lord Vishnu (who was responsible for the death of Hirankashyap’s brother). 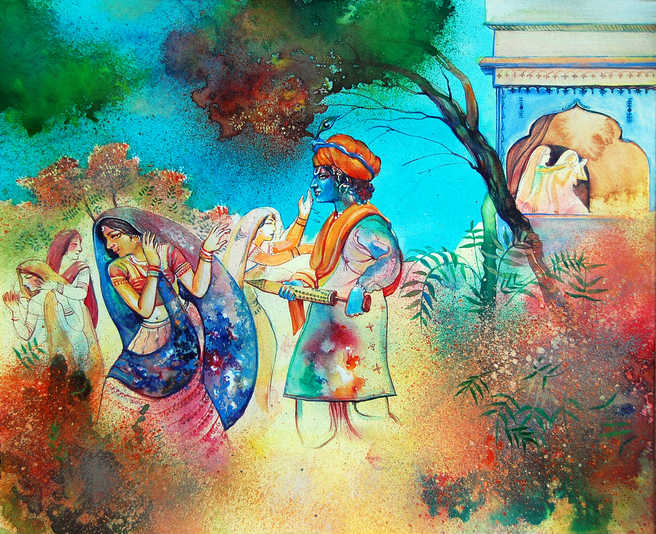 The king tried numerous ways to destroy his son’s belief but was unsuccessful all the time. The king was so unsympathetic, that after plenty of unsuccessful efforts, he ordered his sister Holika, who was blessed with a shawl (which will always prevent her from the fire) by Lord Shiva, to sit on the pyre with his young son Prahlad. Prahlad being a true follower of Lord Vishnu, followed the orders of his father as well and happily sat on the lap of Holika. Their plan was to burn Prahlad to ashes. Prahlad continued to worship Lord Vishnu and prayed to save him. His Lord saved him and that lead to the death of Holika followed by the death of Hirankashyap, who was killed by Lord Vishnu in the disguise of Lord Narsingh who perceived to be half human and half animal. 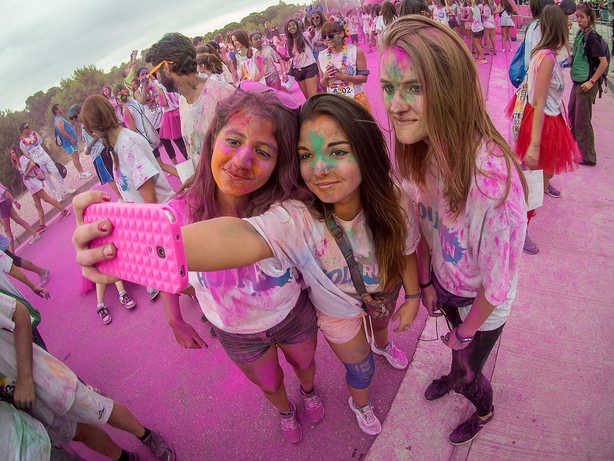 READ ALSO:  Different Kinds Of Love That You Should Experience

But the death of Holika became an important part of Holi celebrations, which signifies the end of evil. And people till now celebrate it by organizing the bonfire to commemorate the end of evil.

Specialty of Colors in Holi

You must be wondering why colors are so important in Holi. Well for this you have to go back to the period of Lord Krishna who was an incarnation of Lord Vishnu. It is believed that Lord Krishna used to play Holi with his friends at Vrindavan and Gokul. Hence the festival was popularized and now people enjoy it thoroughly. In the places like Vrindavan and Gokul, the festival of Holi still lasts for weeks and it is very beautiful and cannot be compared to the other places where Holi is celebrated. 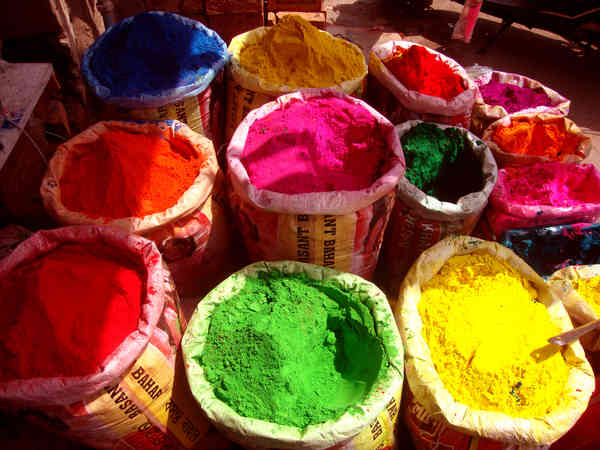 Holi is a spring festival that says goodbye to winters and according to our Hindu calendar, it is a new year for us, which enriches our lives with happiness, colors, and victory of good over evil.

Not Everything that Shines is Gold! It Can Be a Diamond...

What is a Cash Bond and How Does It Work?