Home INFO Why Raksha Bandhan Is Celebrated – The History

Raksha Bandhan in Sanskrit literally means “the tie or knot of protection”. Raksha Bandhan is religious Hindu festival celebrated in many parts of India. It is called Rakhi Purnima or just Rakhi. In Nepal it is pronounced as Janaeu Purnima. And in Odisha and West Bengal it is called Jhulan Purnima. On Raksha Bandhan, sister ties rakhi on their brother’s wrist. It symbolizes the unconditional love and prayer towards their brother and brother’s life long vow to protect her sister in any situation.

Rakhi is the Acient tradition. It came into origin about 6000 years back when in Indus Valley Civilization. There are many myths and historical story behind Raksha Bandhan. You will let to know about them turn by turn.

Let us first talk about the famous story we all might have read in our textbooks i.e. about Rani Karnawati and Humayun. It is the most significant evidence in history. At medieval era (dated 1535 C.E), Rajputs were facing muslim attacks. The widowed queen of the king Chittor, Rani Karnawati realized that she has no defence to face the attack of Sultan Bahadur Shah of Gujrat, so she sent rakhi to Emperor Humayun. Touched by the feelings attached with rakhi, immediately he started off with his troops to help Rani Karnawati and defend Chittor.

Also read “Dipa Karmakar | From Tripura to Rio | The Inspiration“.

Another history regarding the Rakhi festival is the story of Alexander the Great and King Puru. During Alexander invasion to Indian subcontinent in 326 BC. For the first time Alexander was confronted with the bravery of King Porus, the king of kaikeya Kingdom. It is said that wife of great conquer, Roxana, sent a sacred thread for the sake of his husband’s life. Touched with the gesture of queen and to respect rakhi, he restrained himself to from attacking Alexander personally.

There are many myths also that are associated with rakhi. Recalling this epic story told by my Grandparents about King Bali and Goddesses Laxmi. There once lived the demon king, Bali. He was also the devotee of Lord Vishnu. By becoming so invincible with the blessing of Lord Vishnu that he defeated all Devas. Then all the Devas seek Lord Vishnu’s help in defeating Bali. After this Vishnu won all the three stride. But because of his immense devotion, Vishnu has taken the task of protecting Bali’s Kingdom leaving Vikundam. Godesses Laxmi became so restless after this, as her wife she wanted to stay with Lord Vishnu. So, she also went to King Bali and stayed there as Brahmin refugee. On the day of Purnima in the month of Shravan, Laxmi tied thread on wrist of Bali. Touched by her sincerity, Bali grants her the wish to ask her for anything. She then revealed her identity and asked him to free her husband. From then it is also celebrated as Baleva. The incident is scripted in Bhagavata Purana and Vishnu Purana. 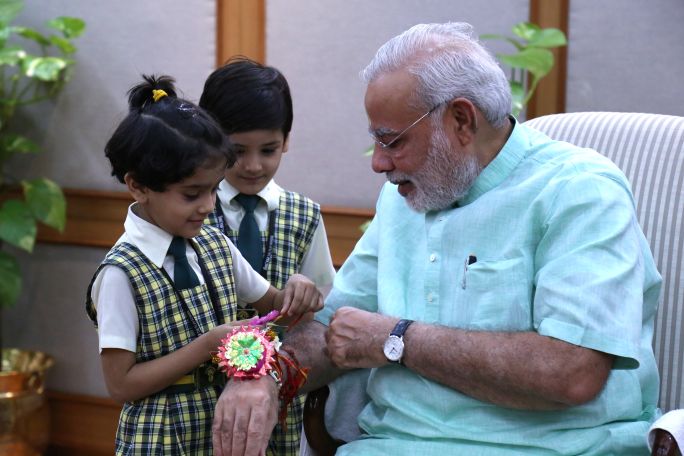 Hope you like it and get to know the better about the reason behind this festival. As we all know Brother and Sister are like hands and feet. No one can apart them. And this is the day to celebrate the feeling of love and affection between the two.

Facts You Should Know: 6 Main Benefits of Using PDF Files

How to Take Full Control of Your Business?