We have all used android if we own an android smartphone. The previous versions of android namely Froyo (2.2), Gingerbread (2.3), Ice-cream sandwich (4.0), Jelly bean (4.1), KitKat (4.4), Lollipop (5.0) and Marshmallow (6.0) were very successful and used almost worldwide. Nougat (7.0) is an upcoming release of android operating system. 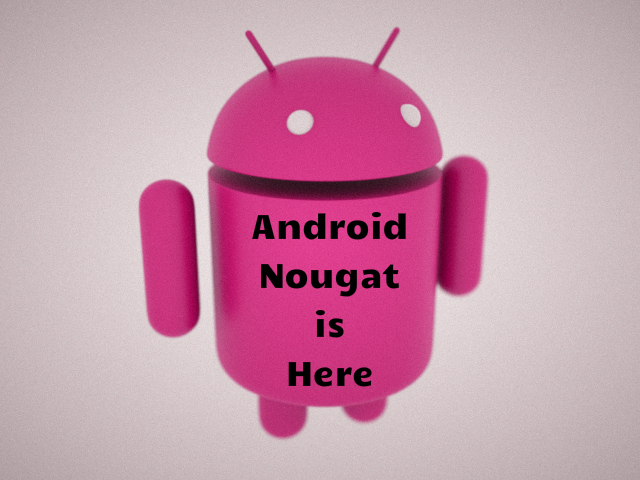 Android 7.0 Nougat is an upcoming release in the market and it seems promising. The Android OS is expected to release in the third quarter of 2016. An alpha version was tried out and worked without any errors. It fills the gaps of Android 6.0, which was lacking some updates.

Android 7.0 introduces notable changes to the operating system which includes the ability to display multiple apps on-screen at once, in a split screen view. Two apps can be snapped to occupy halves of the screen.

The notification shade was also redesigned, featuring a smaller row of icons for settings, replacing notification cards with a “sheet” design, and allowing inline replies to notifications. Multiple notifications from a single app can also be “bundled”, and there is greater per-app control over notifications. Notifications themselves are now more space-efficient, occupying the width of the screen and sporting smaller fonts. They can also be made to arrive in stacks according to the app, so you won’t have your entire notification menu filled with (for example) separate WhatsApp messages. You can even reply to messages directly from the lock screen. Previous version had this option to reply from notification bar only. This makes it much easier as one does not have to unlock the phone every time.

Just like WhatsApp emojis, you get a full emoji set in Nougat. It is the first version featuring Unicode 9.0 support and comes with updated emoji plus support for emoji skin tones. Android Nougat will adopt Vulkan API support, which should improve the quality of gaming, VR and other graphically intensive apps considerably on mobile.

In spite of all the tweaks and enhancements to Android Nougat, two of the most notable additions will be the standalone Allo and Duo apps.

Android apps are constantly updating in the background. This can actually prove quite disruptive if you’re in the middle of something – especially when you’re using the app that’s being updated. In Android Nougat, Google is introducing Seamless Updates. This will enable two system images to be run simultaneously, essentially allowing you to update an app in the background whilst you’re using it.

Overall, Nougat keeps the expectations high enough for us to use and experience. Looking forward to it!!!

What is Net Metering And How It Works?