Home INFO Why Hacked Websites are on the Rise and What you can do...

It seems like more websites are being hacked every day. It doesn’t matter if your favorites are relatively obscure, either – there’s a good chance you’ll surf over to a page one day and see that it’s been defaced by someone with too much time and too few morals. Understanding what’s changing on the internet can help you understand why hacking is becoming so prevalent, though, and why it’s more likely than not that someone will try to hack a site. This level of understanding can also help you to figure out what to do in order to make sure that you don’t become the next victim. 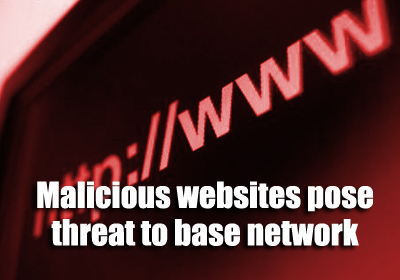 It’s perhaps best to start with the most comforting bit of data – there’s not really that much more hacking going on than in the best. What you’re looking at is, instead, a function of reporting. Because the internet has become such an important part of daily life, news sources are finally taking an interest in what happens online. This means that they are starting to report incidents of hacking when in the past they would have gone largely ignored. The good news, then, is that hacking isn’t quite as much on the rise as you may have thought. The bad news, though, is that this problem really has always been severe.

Even if the rise in hacking isn’t as sharp as one might think, there is still much more of it going on. There are a few really good reasons for this, but one has to stop and address the most common – hacking has become much easier. It’s not that there are necessarily now secret hacker workshops going on around the world, but rather that a few major platforms are slowly but surely starting to become the primary platforms for multiple sites. Take WordPress, for example – everything from individual blogs to major e-commerce sites can use the platform. Unfortunately, this means that if a hacker finds an exploit in WordPress he or she can use that exploit on many more sites than in the past. The rise of these gigantic platforms is great from a user experience perspective, but it’s also a huge boon for website hacking.

It’s also important to note that these larger platforms make it easier for anyone to make a site. That, in turn, makes it easier for those who don’t practice good web security to make sites and leave gaping holes. There are more websites now made by those without a good website security team in place and thus more sites that are left vulnerable to exploitation.

If you want to get into the scary reasons behind hacking, you need to look at money. Sites are worth more now than ever before and there’s more money exchanged today than in the past. This has led to the rise of a kind of industrialized hacking, one that has a strong profit motive. The people going after sites are doing this to make money and there’s a strong feeling that quantity is more important than quality when it comes to the hacks.

How to Stay Safe

So, how do you stay safe from website hacking? In short, you stay vigilant. If you have a business site, you need a good website security team. Make sure that you consistently update all of your security patches and that you pay attention to news about vulnerabilities. Make sure you have a way to quickly and efficiently restore your site if it does get hacked and always make sure that important customer information isn’t stored in a way that the bad guys can get to it quickly. The less of a target you make yourself, the less likely you’ll have to deal with real issues.

Hacked sites are going to continue to be a problem as long as the internet exists. There are profits to be made and exploits to be found, so there’s no easy solution to the overall problem. That doesn’t mean you can’t be secure, though – so try to deal with the problems with your own site first. The more work individuals put into security, the less likely they are to be hacked.

The Mythological Story Behind The Colorful Festival of Holi

Keeping your Car in Check so it Clears the MOT Test...