How cool is that?

Yes, goal-line technology has been introduced by FIFA to determine instantly whether the ball has crossed the goal line or not.

The modern era of soccer is seeing a tremendous advancement in the player’s skills. Not only that, nowadays we are seeing smart training balls like Adidas miCoach. So it is an obvious necessity that the referees have the support from modern technology to make the decisions correctly. 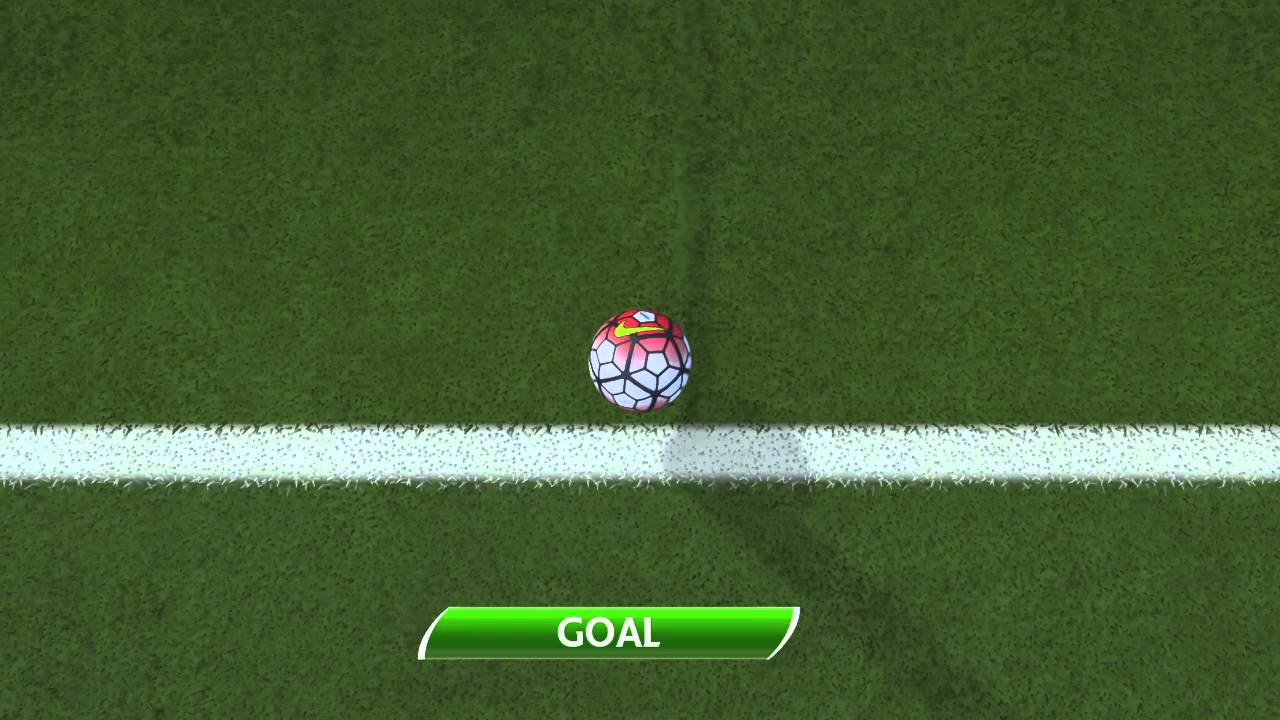 This is not any Stone Age era where they are allowed to give a wrong or controversial decision, where the technology is offering them a great bit of support.

Ok enough talking, let’s dive into the detail of the system.

How does it work?

Well, before talking about the technical detail, the first point you should know is that this system does not interrupt and pause the running match and wait for the fourth referee to decide by watching the replay.

Here the referee gets the signal directly to his watch if it was a goal or not without pausing the match for a few seconds. How cool is that?

So, let’s dive into the technical analysis. Now we are going to describe the different methods or systems that are approved by FIFA, and IFAB, they are mostly based on cameras and magnetic field sensors.

GoalControl, Hawk-Eye, and Goalminder are the three main camera-based systems, we should say approved systems that are in use to detect the goal.

This is a technology that was being introduced by Germany, where total 14 high-speed cameras are mounted around the stadium. 7 cameras pointing at each goal. Their main duty is to track the flight of the ball and determine if the ball has crossed the goal line or not.

Hawk-eye is not anything very new. It has been in the game of cricket, tennis, and snooker for such a long period of time. Like the GoalControl system, the Hawk-eye also requires seven cameras at each goalmouth.

This time the network of high-speed video cameras track a ball position via triangulation and hence tracking the flight and position of the ball. So, knowing the ball position this system determines if the ball has crossed the goalline or not. If the ball passes the goalmouth the software alerts the referee’s watch by radio transmission technology.

This system was first tested in the 2013-14 premier league session in the UK, and the result was quite satisfactory and accurate.

Here we are going to present you the two most common approved systems that use magnetic field sensors; Cairos GLT system, and GoalRef.

This system was introduced by Carios technology and Adidas. This time it is not the camera who decides the goal. Here there is a sensor that is placed inside the soccer ball, and cable is placed underground and around the goal. These thin wires produce a magnetic field, and with the help of the magnetic field and sensor the software calculates the ball position and determines if the ball has crossed the goal-line or not.

This is almost similar to the Carios technology except in this case there is no involvement of sensors inside the ball. Instead of the sensor, in this case, an electric circuit is placed in the soccer ball. That means a passive electronic circuit is installed into the soccer ball between the leather outer layer and the inflatable whole.

Don’t worry, the goalkeepers have no chance of falling in danger because of the created electromagnetic field. It is completely safe.

So far so good, right? How cool are the technologies that you just got to know?

How accurate and safe are these technologies?

Well, only those systems are implemented in a match that is approved by FIFA or IFAB. That means this is a fully safe system to implement.

In terms of the accuracy, we must say these are highly accurate. This system does not operate like a normal system, rather these also take into consideration the geographical area of the ground, weather, humidity, stadium design, lighting and some other variables. All these are just enough to make a correct decision and help the referee to make the game fair enough.

Before being accepted by FIFA, the system should meet the following requirements.

A provider gets the license only after fulfilling the above requirements.

Once the system is installed in the stadium, an independent test institute the system again and approves if everything works fine. Finally, the organizer approves the system.

So, you see how many layers it has to pass to get the final approval on the field. So there is no chance of misleading goal counting using this goal-line technology.

How long has it been in the game?

The system like Hawk-eye is not new for other games. The game like cricket, tennis is implementing this system for so long now. Overall the goal-line technology has been introduced in soccer in 2011 by FIFA, and after testing it was approved by IFAB in the year of 2012.

At first, FIFA used Hawk-Eye and GoalRef at the club world cup in 2012 that was held in Japan. After that GoalControl system was used for the Confederations Cup of 2013 as a test ahead of World Cup 2014.

Hyperloop – The Future Of Transportation Technologies

How To Choose A Data Cable Installation Company For Your Business?