Does an idea of a search engine appeal to you more than anything? You might think that it will not work, as developers have to make their living somehow. But, taking this into account, it makes a little sense to know how DuckDuckGo does make money or what are its prospects all about?

In this post, we will look at some important points and help you understand more about their business model and how they earn money.

DuckDuckGo earns money in 2 simple ways: Advertising & Affiliate Marketing. Mostly, advertising is based on keywords that are typed in a search box and affiliate revenues mainly come from eBay and Amazon affiliate programs. 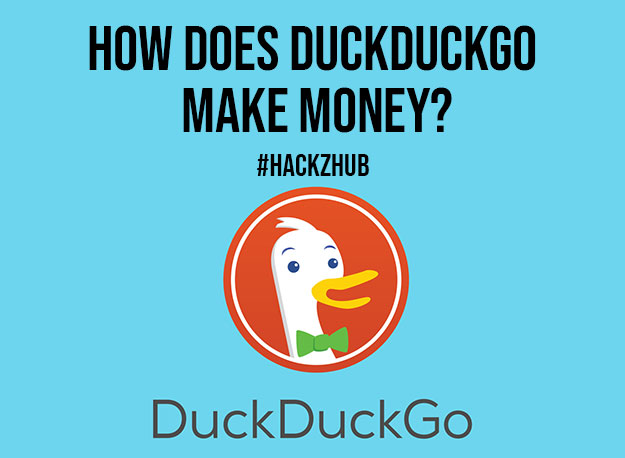 Whenever any users buy after visiting those websites via DuckDuckGo Company collects its commission.

Getting Detail of DuckDuckGo

DuckDuckGo is gaining huge attention from the mainstream media due to its value proposition that is quite clear to anybody who regularly visits their search engine.

For example, DuckDuckGo doesn’t store the personal information of any users, follow them over with ads, and track them.

Especially at such a time when personal privacy has actually become the defining thing, DuckDuckGo has captured the huge attention of the news media.

Although DuckDuckGo may appear like a new phenomenon, this company is around for a long time, and one of its amazing features is anonymous tracking. For instance, DuckDuckGo has introduced the voice search feature for the users of the Google Chrome extension in 2011.

They also have an Instant Answers feature that pulls from various content sources that will provide them no-click answers and information that is complete so that the users do not have to click over search results for getting what they want.

DuckDuckGo touts such transparency and makes it simple for anybody to stay updated on the user search volume.

How Do They Make Money?

DuckDuckGo earns money through keyword advertising, commissions, and licensing fees for the tracker radar tool. Let us get deep into these revenue models in detail.

Most of DuckDuckGo’s revenue is generated through keyword advertising. The advertisers, through the auction system, bid to appear on the top for some queries.

For example, if you are searching for a keyword to play live roulette, then you might have seen ads in the first few results of your DDG search. Those are nothing but the keyword advertised ads that appear based on user’s search results.

DuckDuckGo earns money whenever any user clicks on these ads. Amount paid will be dependent on a final bid in which an advertiser won their keyword auction. For keeping money in check, the advertisers just commit the limited budget for these keywords.

The biggest difference between DDG & Google is a global corporation, whereas DuckDuckGo is mainly a search engine.

Though Google makes it a priority to get money & show you several ads, DDG is committed only to protecting your privacy.

The comparison between both the revenues shows since Google’s revenue nears hundred billion dollars, whereas DDG’s is just about one million.

There’s nothing very innovative about affiliate marketing. What’s innovative is the use of this for the search engine.

Like we saw DuckDuckGo make use of affiliations as a way of generating higher revenue streams with the untargeted advertising.

Whereas DuckDuckGo can earn profit completely through search ads, the company keeps on looking out for new ways of earning money anonymously to reduce the dependence on advertising.

The non-tracking partnerships with eBay and Amazon are the only successful ways that they have found till now that account for the smaller part of the revenue.

How is it possible?

In simple terms, here is how this works: Advertisers have to pay Google for ad placement. Google will take their cut & pay the remaining amount to their websites and application these ads were shown.

However, not just does Google use your data to make their advertising services better, but it also uses data to make Google products relevant for the users.

DuckDuckGo has till now managed to build a strong business model that is based on differentiating various value propositions when compared to search engine giant Google.

Google’s value comes from its high ability to track down the users to provide the targeted ads.

Whereas it is one of their strengths that makes them highly attractive for the businesses for paying Google ads, and advertisers and publishers know what content their users want, that may be their weakness.

Things to Consider When Doing a Social Media Audit