Namotel Achhe Din, a new smartphone has been launched in India at Rs.99 only, whose actual price is Rs.2,999. It is a 3G enabled smartphone, and is officially available from bookings between May 17 to May 25 at its special launch price. Not much is known about the Namotel at this point, its headquarter is in Bengaluru startup that has begun its operations in 2016. Also, the company on its ‘About Us’ page claims that it was established under the auspices of the ‘Make in India’ campaign. It also claims to have offices in Mumbai, Hyderabad, Delhi and Chennai, and adds “We aim to create a new business model with sustained profitability and high sales growth since the very first year of operations”. 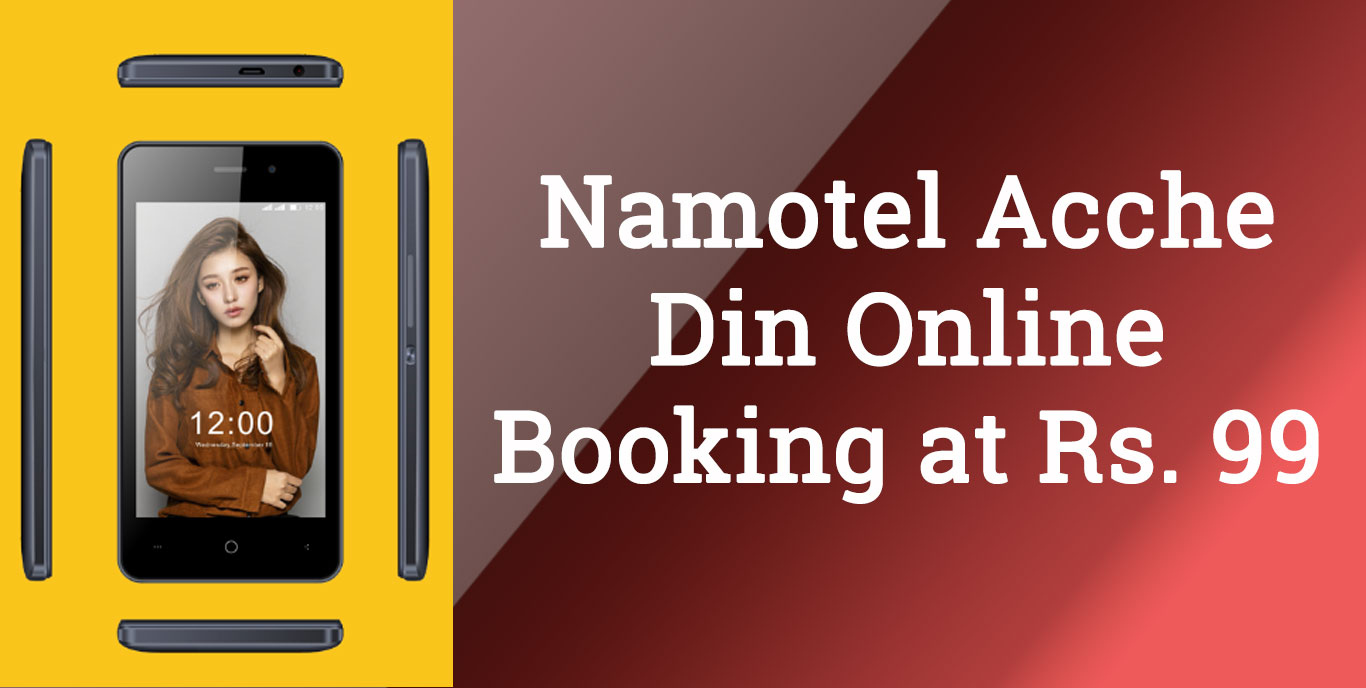 The Namotel promoter has claimed that “Namotel Achhe Din” is the world’s cheapest smartphone with a 4­inch display. It is even cheaper than a McDonald’s burger.

Specifications of the smartphone:

Namotel Achhe Din is specifically available for booking on Namotel.com only, which is the company’s official website. It is available on a cash on delivery bases with nominal delivery charges. Also, the company adds, “This model is limited and is applicable only for Indians who holds Aadhar Identity”. The number of units have not been announced. The company website also lists four other smartphones as well, ranging from rs.1,999 for the 4G LTE­enabled Aazadi to rs.1,99,999 for the VVIP luxury smartphone.

While a smartphone is shown alongside the Namotel Achhe Din listing on the company’s website, it also says, “Pictures shown in the website are for illustration purposes only”, casting some doubt on the credibility of the company and product.

This is of course not the first ultra­low priced smartphone with seemingly incredible specifications being marketed in India, The Freedom 251 is the latest example which was launched at just Rs.251. The smartphone made headlines for a few weeks, and caught attention of the entire world.

Namotel will be on the path of an ambitious journey to become India’s first consumer brand, empowering people with quality and innovative products.

Leading SaaS Trends to Watch for in 2021

How important is Bluestacks in installing Garageband for Windows PC?