Home INFO Why Jallikattu Should Not Be Banned?

Jallikattu is an ancient bull taming blood sport celebrated in Tamil Nadu. It’s a part of Pongal celebrations on Mattu Pongal Day. Bulls from across the region are let loose into an arena where men are challenged to hold onto a bull’s hump and being chased. It is held in the villages of Tamil Nadu as a part of the village’s festival. This sport often leads to major injuries and sometimes, even death!!! Reports show that from 2010 till 2014, there were approximately 1,100 injuries and 17 deaths because of Jallikattu sporting event. More than 200 people have died because of this blood sports event in the past two decades. 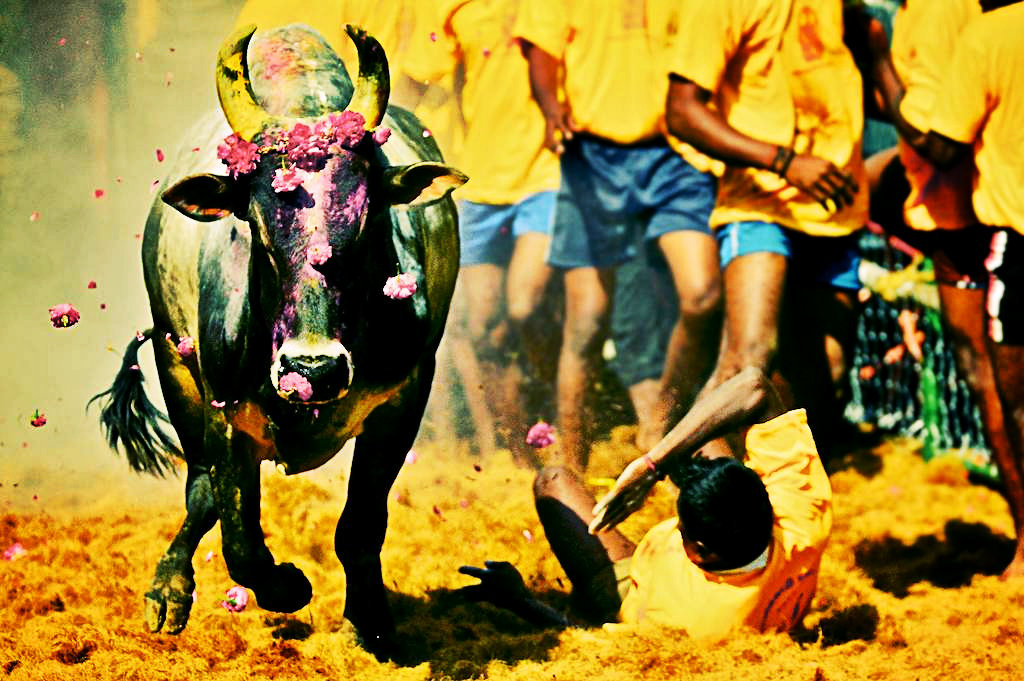 But Even After All This, Jallikattu Should Not Be Banned. Here’s Why:

If such sports go out of practice, then there would be fewer chances for breeding healthy bulls. It has been an ancient sport which has been followed by the Tamils for over two decades now. And banning it would only disrespect the Tamil’s traditions and ancient values that survived colonial period.

Jallikattu is one such sport which has been a part of the pre-history period, and is also considered to be very special by the Tamil people. It has been preserved by them for over a millennium now and it’s our duty to preserve it further.

Balakumar Somu, an animals’ rights activist from Coimbatore, runs a website called Jallikattu.in. He has been fighting for the removals of the ban against the sport.

The village people bring up the stud bulls and for this gesture, this sport is celebrated. It demonstrates the strength of the bulls and emphasizes on embracing the bulls, which is not done usually.

The ban will lead to the destruction of the local livestock breeds of bulls, in the name of ‘animal rights’ and stop the incentives of breeding healthy and strong bulls. This will ultimately lead to the loss of cattle-breeding traditions in those areas, destroying entire species in all over the districts.

All the bulls are of native breeds. There were around 130 of them in India around 100 years ago, but now we are only left with 37. These bulls are important for producing more breed. In ancient times, cattle were considered as wealth to the people.

Of course, the rules and regulations should be altered so that to make it less cruel to the bulls as well as to the individuals, but the sport should go on and should not be banned.