Newburgh is a city located in New York, United States. During the 18th century it was first settled by Germans and British and during American Revolution, new burgh has been treated as the headquarters of the continental army. It was the end of 1782, there were a growing frustration and distrust among the army officers which had been openly expressing for Congress due to Congress’s inability to meet its financial obligations to the military. In early 1783 there was a widespread unrest among the army officers and they decided to circulate an anonymous letter condemning congress and calling for a revolt. Congress relied on irregular, voluntary payments from states know as requisites to raise fund. Officers and soldiers were not getting their pay regularly and even they use to force the army to requisition supplies from citizens This all started in 1780 when Congress passed a resolution providing half pay for retired soldiers and as of 1783, the states had to comply with Congress’s request for the needed funds. As the British threat faded the states became unwilling to fulfill the requisitions and taking the advantage of the same the nationalist at Philadelphia tried to encourage the army’s unrest. 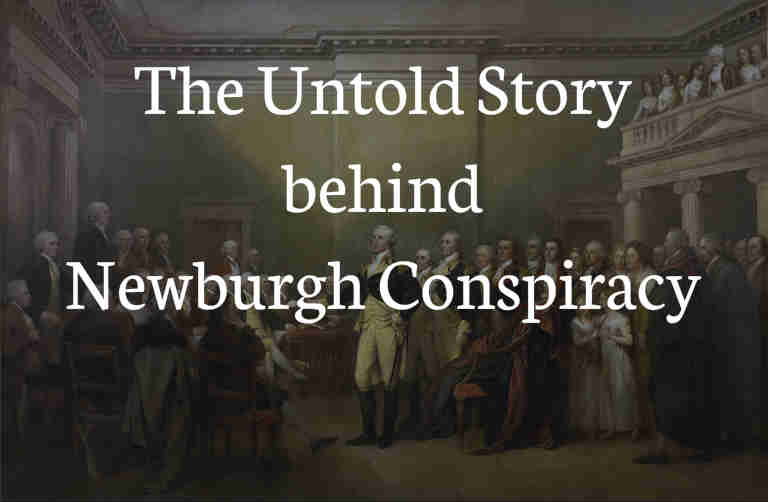 On March 10, a meeting of officers was called and a provoking address written by Major John Armstrong which implored the men to support the moderate tone of Washington’s entreaties to Congress in favor of forceful ultimatum and if Congress doesn’t support , the army should threaten to either disband- leaving this country unprotected. On the morning of March 15 George Washington makes an appearance at assembly to defuse the situation with an eloquent, personal plea to his officers to remain loyal to congress, in the process perhaps saving the fate of American Revolution. When the words of letter reached him he called for a general assembly meeting for march 15th and began his speech by mentioning “Gentlemen: By an anonymous summons, an attempt has been made to convene you together; how inconsistent with the rules of propriety! How unmilitary! And how subversive of all order and discipline…” Washington implored them to ‘give one more distinguished proof of unexampled patriotism and patient virtue’ placing their ‘full confidence in the purity of the intention of congress’.

When he finished, Washington told the officers that he wants to read them a supportive letter from Joseph Jones, a congressman from Virginia but Washington’s vision has begun to fail recently and in an apologetic manner he addressed that “Gentlemen, you must pardon me. I have grown old in the service of my country and now find that I am growing blind.” The eyes of most of the army officers were filled with tears and they realized that Washington had given as much or more in the service of the nation .and officers voted to express confidence in congress and their country and soon congress approved a compromise agreement, some of the pay arrears were funded and soldiers were granted five years of full pay instead of lifetime pension of half pay

At the end Washington scored one of his victories which show the strength of the bond between Washington and his soldiers of his army without which the climax of the revolution must be different.