Bigg Boss, one of the THE famous television based reality show in India. This show is actually the Indian version of Big Brother show which was developed by Endemol in Netherlands. This show has successfully completed totally 11 seasons in the past eleven years. This show is taken in various Indian languages like Hindi, Kannada, Tamil, and Telugu. It is one of the successful and most popular shows in all languages. This is because of the huge star casts involving and different weird tasks that they do in that so-called house and different controversies that they create to engage the audience. 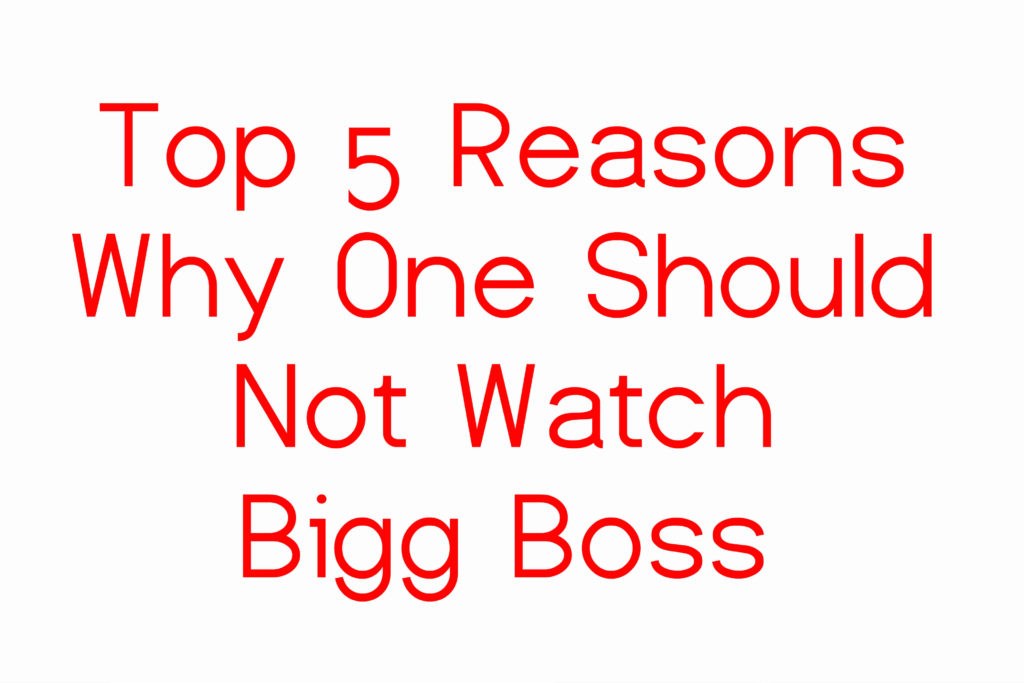 In this article, you will find the top 5 reasons that why one should not watch Bigg Boss show. The reasons are as follows:

In the name of tasks, the bigg boss of the show gives tasks which are very cheap like asking the fellow housemate to act like a dog. If we watch such kind of things then it will surely corrupt our minds.

Some contestants lie to their fellow housemates just to play safe. This also corrupts the young minds who are watching this show regularly.

Those who got addicted to this show waste most of their valuable time watching this shittie no use reality show. Because if you had invested that valuable time of yours in something else like learning an art, reading a good book or even taking rest or spending time with your close ones, you would have really felt more confident about yourself.

Some contestants act very arrogantly over the fellow housemates. In every season you can see at least one contestant being like this. Small kids who watch this show grasp the attitude of such characters.

Again, some sources say that this show is well-scripted one. What’s the point in watching such scripted reality shows? They act, make money, gain fans, but we audience get nothing.

So it’s totally a big waste of time if you are watching this show.

Why Should I Buy Synthetic Urine?

What Are Your Canadian Business Immigration Options?