Everyday everyone gets some dreams, but some remember and some doesn’t remember those. Dreams are a series of thoughts, images and many other sensations occurring in a person’s mind during sleep. The ones which we think about more and more and which we like the most or sometimes it may be which we hate much will come as dreams. If you observe clearly, when we get up and try to remember those dreams which we got, some will remember them but if you don’t remember them when you get up, then there will be only a very less chances that you will remember about them. 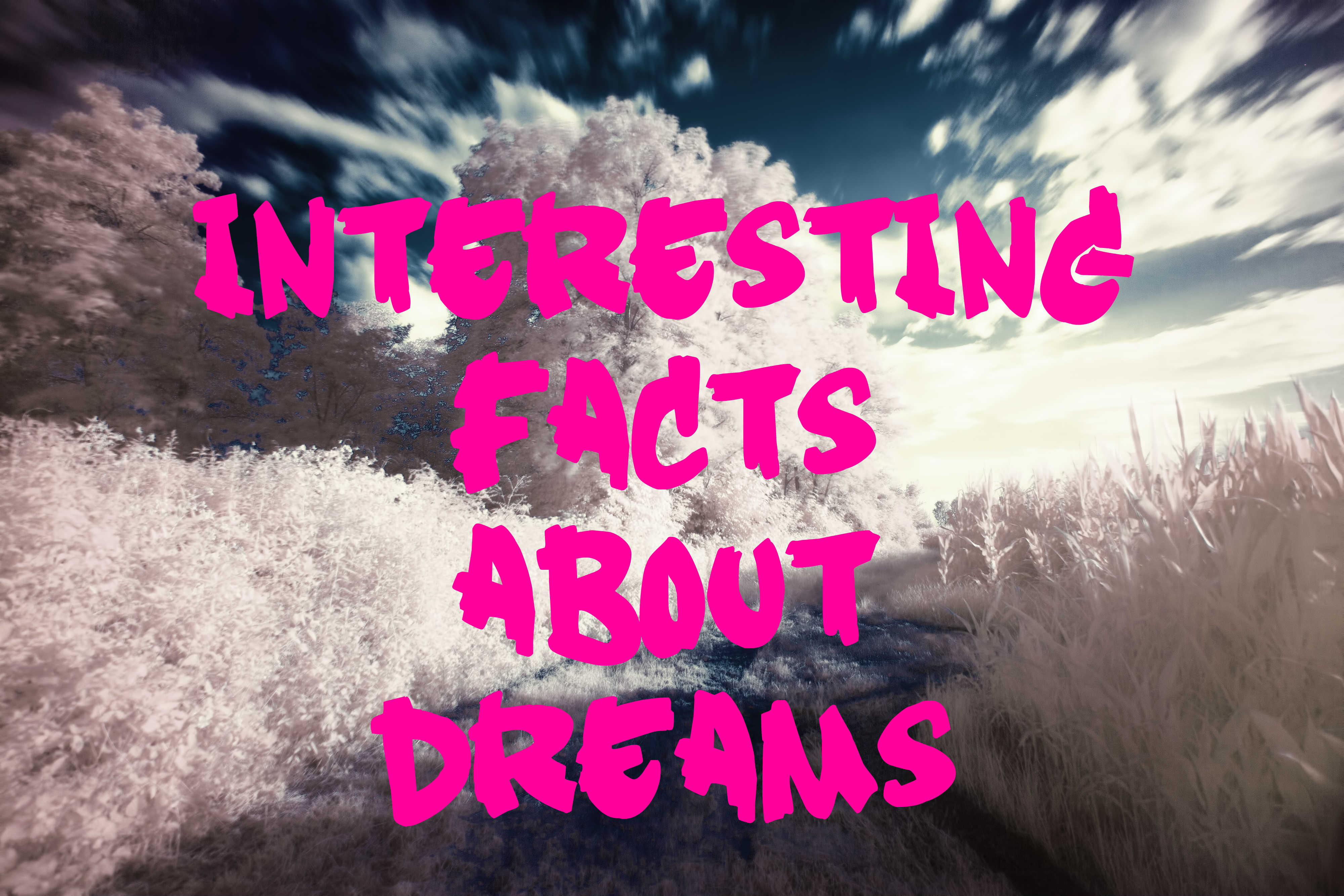 Some of the facts about dreams, like how they are useful and how will they affect us during that day, when we got the dreams will be as follows:

1. First and foremost one is that people forget 90% of the dreams. When you get up within 5 minutes of the time you will be forgetting all the dreams.

2. Interesting fact is that people who are blind after their birth will also dream, but the people who were born blind do not see any images, but will have dreams equally vivid involving their other scenes of sound, smell, touch and emotion.

3. In our dreams we only see the faces that we already know. Sometimes you think that you have seen some unknown faces or someone, but the fact is that you will have seen him somewhere but you have forgotten.

4. Everyone doesn’t dream in colour. 12% of sighted people will dream exclusively in black and white.

5. Dreams speak in a deeply symbolic language. Whichever symbol your dream picks on it is most unlikely to be a symbol for itself.

6. If you look into the emotions of the dreams, most of the common emotion experienced in dreams is anxiety. Negative emotions are more common than positive ones.

7. On an average, you can dream for about one to two hours every night. You can have about four to seven dreams in one night, but many don’t remember those.

8. After doing a lot of research on animals, it has been proved that animals also dreams as it is said that the brain waves during sleeping for animals will also be same as of humans.

9. There is a science saying called REM (Rapid eye movement) which means that the normal stage of sleep is characterized by rapid movements of the eyes. REM sleep in adult humans typically occupies 20-25% of the total sleep, about 90-120 minutes of a night’s sleep. During this REM, the body is paralyzed by a mechanism in the brain in order to prevent the movement which occur in the dream from causing the physical body to move. However, it is possible for this mechanism to be triggered before, or after normal sleep while the brain awakens.

10. There are some people who like to be dreaming so much such that they don’t want to get up, this kind of people will take an illegal and extremely potent hallucinogenic drug called Dimethyltryptamine. This will make the people to sleep continuously which is resulting in a chemically produced natural dreaming.

Alphabet Inc – The Mother of Google

What Will Happen If Google Shuts Down?