Home Crypto Hacks Facts About Crypto You Should Know

It’s estimated that the whole crypto industry is worth a couple of trillion dollars which is huge considering that there were barely a few investments 15 years ago. It is one of the fastest-growing industries, but also it has lots of ups and downs, considering its volatility. They’ve managed to spread into other industries like sports.

For example, when you are looking at your Nascar picks, you will notice that some crypto platforms are their main sponsors. This was unthinkable a few years ago when there weren’t any regulations. 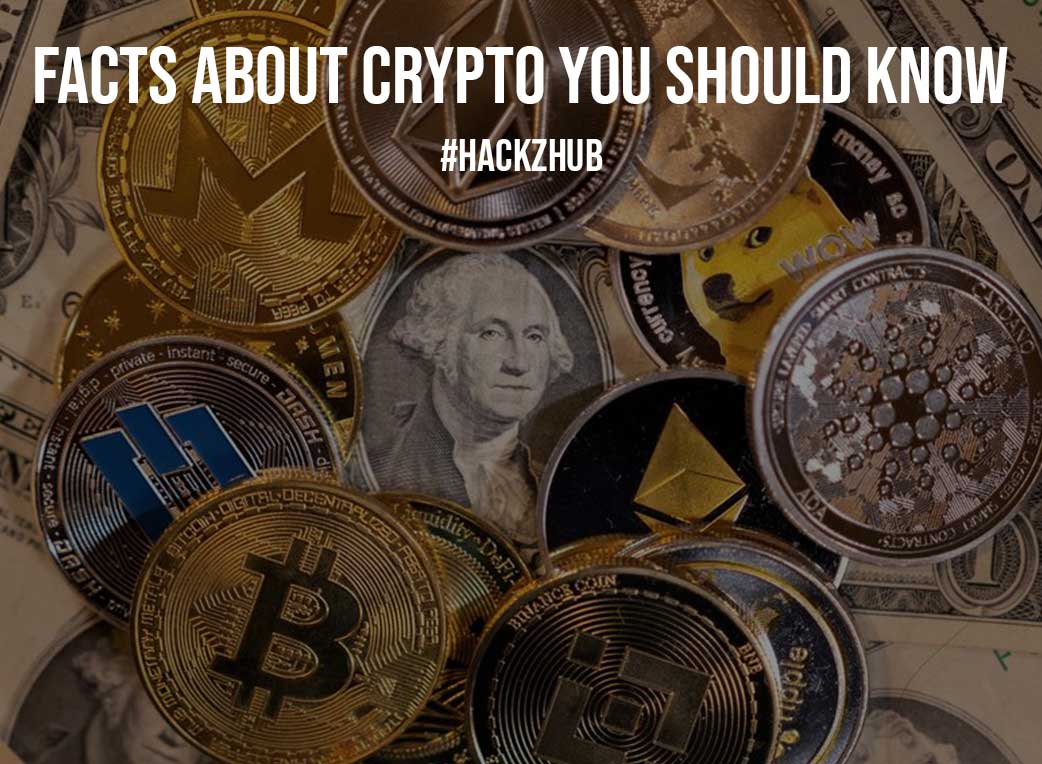 There’s a long way to go to get cryptocurrency regulated, but everything depends on the governments and people’s belief in the value of crypto.

Value of The Industry is Measured in Trillions

There’s no doubt that the crypto industry is one of the fastest-growing industries in the world. Every year they have a 100% growth rate, and compared to the $800 billion market value that was in 2020, 2022 has reached almost $2.4 trillion.

There were some issues in May of 2022 with stable coins where billions of dollars were lost, but it didn’t crash the whole market.

Even if there are many regulatory issues that cryptocurrencies have, there are more than 50 000 companies worldwide that accept crypto payments. This is very important because most of the fluctuations happen because of trading and other factors.

If the prices were determined by the transaction in goods, the market would be much more stable.

When you think that a million transactions a day are a lot, you would be amazed if you knew that that’s only when you look at the ETH statistics.

Bitcoin might be the most well-known crypto in the world, but Ethereum has five times more transactions per day. They went a whole year without dropping a day under 1 million transactions.

Number of BTC Mined is Dropping

This isn’t a bad thing because mining Bitcoin has been changing every four years. There was a time when people could mine thousands of coins per day, but in 2022, you can get only 6.25 BTC per block solved.

Only a couple of years ago, it was 12.5, and the number of BTC you can earn will continue to drop until we hit 21 million Bitcoins.

El Salvador is a Breakthrough

The only country that has been under the radar of the crypto community is El Salvador because they accepted BTC as the legal tender in 2021.

It’s not their official currency, but many stores accept BTC as payment. Similar things happened in other parts of the world, but it wasn’t regulated like here.

More Than 90% of Investors Believe in Crypto

Price drops and coins going extinct isn’t anything new, and the whole community got used to it. People are trying to avoid coins that seem suspicious, and they stick to the ones that have a promising future.

There was a study that showed that around 96% of investors believe in the future of crypto and that it will be regulated.

Trading is one of the best ways to make money from crypto because the prices are constantly changing. The great thing is that many coins have fast transaction capabilities, so you can make trading your main income source.

There are many corporations that are using this to their advantage, which resulted in more than $500 billion in trading volume in a single day. This happened in 2021 when the BTC reached around $38k, which wasn’t the highest peak for the year.

These large trading volumes and bigger investments in the industry helped BTC reach over $68k in November of 2021. This was the highest peak of the coin, and some people are estimating that it will reach $100k in a few years.

Also Read: 4 Best Educational Methods That Will Help Enhance Your Apprehension Of Cryptocurrency

Stable Coins Are Not So Stable

Stable coins were used as an equal to a dollar which means that one crypto coin is equal to $1. This changed in 2022, and it almost destroyed the market, but the coin needs to be a lot bigger to be able to crash the market.

Investing in Bitcoin: Things You Need to Know