Home Gaming Hacks The Best Japanese Gaming Consoles As Of 2021

If you are looking for a perfect gaming console, but don’t know which one to pick, you are exactly where you are supposed to be. This year’s choice is much harder than that of the last decade, with so many new generation consoles released, unlike the one or two options you had back in the day. Worry not, for we will help you make the ultimate choice!

Selecting a rig that suits your gaming desires and your budget? The boy is that a task. Even though nowadays most games are multi-platform, which means they can be played on any console, some are still exclusive one-of-a-kind deals.

Want to play Bloodborne? Yep, Playstation it is. That alone may hard-proof your decision. If you are the same kind of a fan of the game as us. And, on top of that, different consoles have varying screen resolution capabilities and frame rate capacities. 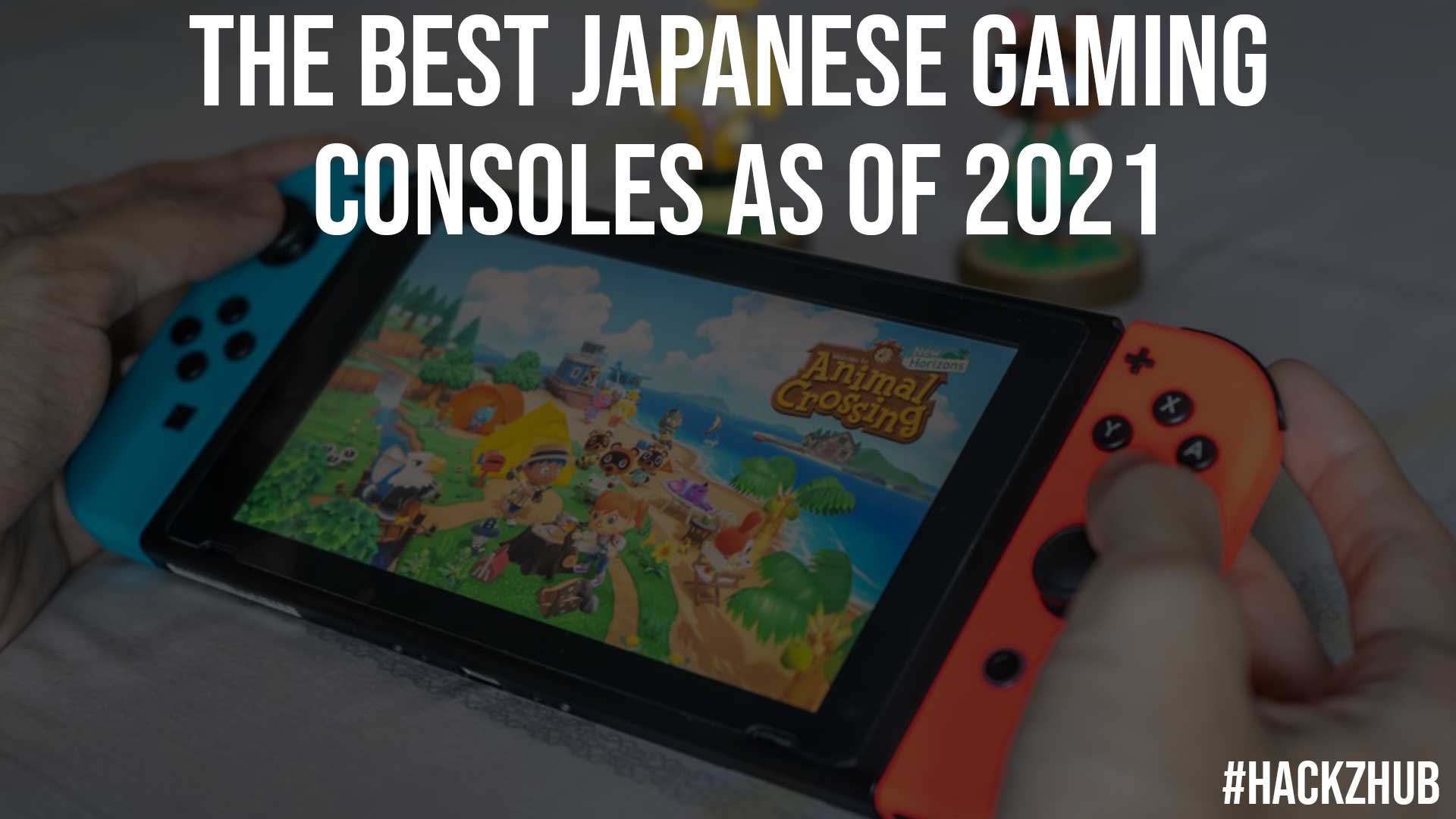 We will explore all of that down the rabbit hole, and we are sure that won’t ease our quest even a wee bit.

We are not affiliated with Sony, Nintendo, XBOX, or any of the console companies. We are offering our subjective opinion, mostly based on facts and technical considerations. Although it would be cool to be endorsed by one of them. Anyone?

Weighting in pros and cons, making your decision just a little bit firmer. Inform yourself with the help of this article, and then do as your heart desires.

But seriously, no other Sony console is capable of producing this kind of image. The newest console also comes with a few upgrades: a fully reformed controller haptics design, one that will make your hands sore in the very few first days, but so worth it when you settle in.

Another thing is its beautiful and LIGHTNING FAST UI( compared to the crippling soul-breaking PS4 experience). You don’t have to wait for the loading screens anymore. Need I say more?

The Standard edition is as impressive as it could ever be, and the digital edition is absolutely the same, except for the fact that it’s lacking a disc drive (yikes, don’t buy that). The key parts of the previous models were completely redone.

A way easier and convenient setting up procedure, a well thought of user interface, that’s already enough for a buy by us. But there’s more. An absolutely novel controller that will fascinate you as soon as you touch it, and on top of that a fully overhauled PS Plus Membership( one that will keep you satisfied for good).

It feels like a genuine upgrade from the previous PS4 and even PS5. It’s just soooo good. To say the least, we are mega thrilled about what this console is going to do to the gaming world. With the release of the Demon Souls remake, we suggest you hop right into the action.

This one has just hit the 3-year-old mark, and yet it’s so up there in value per dollar. Definitely the best console for playing outside the house, it’s still a powerhouse even if you decide to stay indoors. You can both hold it in your very hands, or connect it to a house TV.

Can Sony do that, huh?! This one has got tons of Nintendo exclusive titles, as well as other multi-platform games. Even Skyrim was ported to this little masterpiece of a device a few months ago.

For the price tag, it should be obvious that it’s not as powerful as the Sony or Xbox home consoles. However, this is not really a home console. This the only console that you will ever need wherever you are.

It provides a unique kind of experience, whatever game you may play. One of the other downsides is that it still doesn’t have a fully supported online library of games to choose from. But who needs that anyway? We like the old-school method where you just buy a game and play. By the way, this console has two versions: basic and light.

To help you make the decision which is right for you, we suggest checking out the latest article on the Japanese tech website nintendofan.net about Nintendo Switch and Switch Lite. You can find a thorough review with all the specs boiled down to the basics to keep it simple.

Also Read: FIFA 21 Tips: How to Grow Your Ultimate Team?

There is something different about the rigs Japan produces. A vibe that is unmatched by the Microsoft rivals. We have definitely settled, but if you are still on the verge, give this post a look, which settles the infinite debate of which console is better.

How to Purchase Free Gems and Cards with Clash Royale Hack?