According to Wikipedia, Glashütte Original is a prestigious German watchmaker established in 1994 following the privatization of VEB Glashütter Uhrenbetriebe (GUB), an East German conglomerate created in 1951 from Glashütte watch companies.

While Glashütte Original, a German watchmaker, isn’t as well as other high-end brands, its craftsmanship and spirit make for an intriguing story. When the first watchmakers arrived in Glashütte in 1845, they developed a self-contained watchmaking industry that created masterpieces. 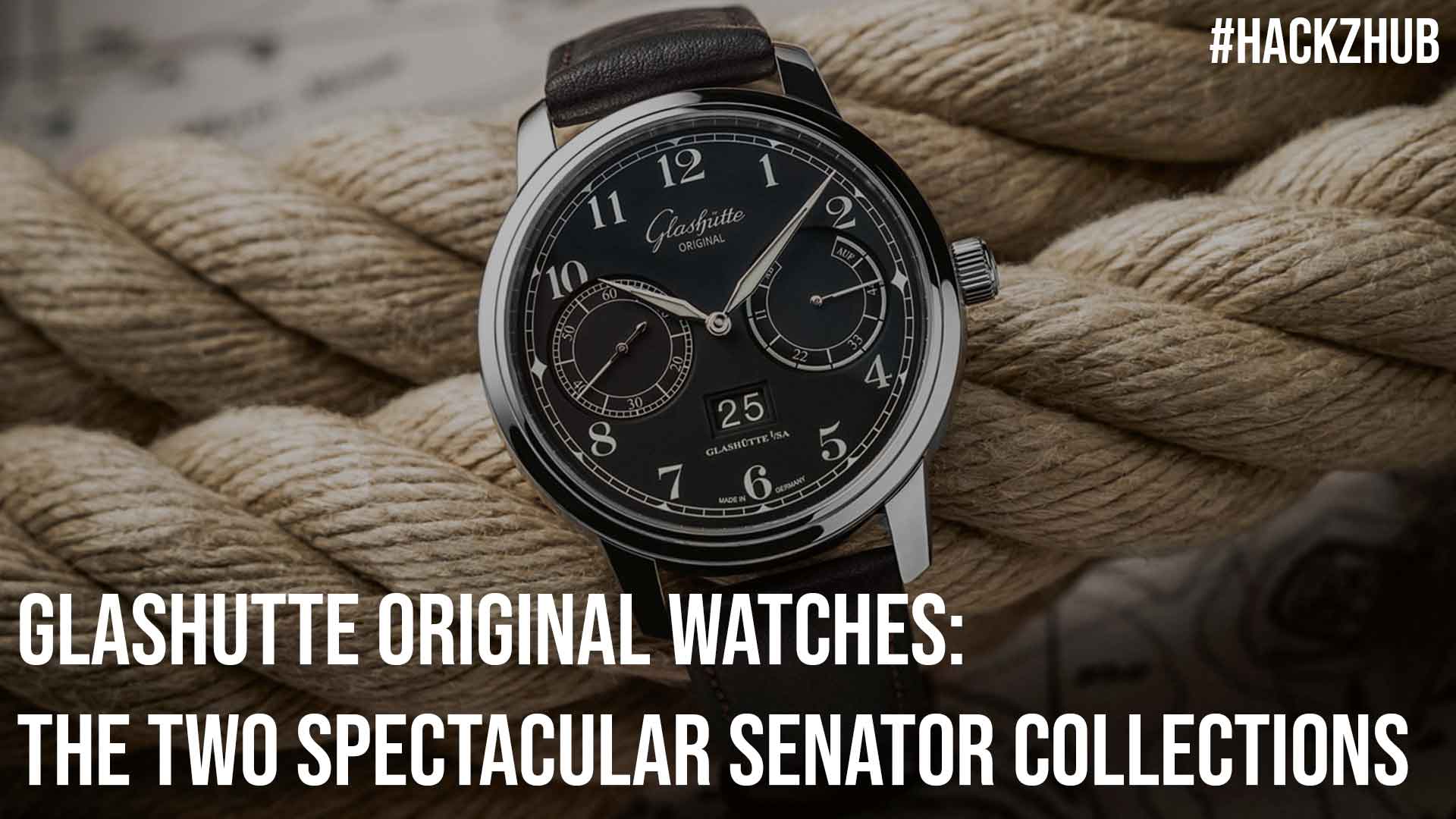 More than the stylish element from the outside, Glashutte Original has a lot to offer. Excellence, Modernity, Originality, Tradition, Exclusivity, and Beauty are among the brand’s six core values. Take a look to appreciate the Glashütte Original watches.

Hodinkee.com published an article about his visit to the Glashütte Original’s Saxony Headquarters. Six types of mechanical components are imported from outside – balance springs, barrel springs, rubies, shock-absorbers, levers, and escape wheels – and each must be made with custom-built equipment.

Dials, straps, and other non-movement parts are also imported, but many are from other Swatch Group companies.

Today, the tradition lives on, and Glashütte Original continues to be a truly global company. When you walk through the Glashütte Original’s Saxony Headquarters, you can note the following main facts and departments:

Another interesting fact inside the headquarters is that hundreds of pearls of various sizes adorn a baseplate, despite the fact that all of these surfaces would be completely obscured until the watch is mounted by gears.

Each pearl is individually applied by hand, and the size and depth are entirely determined by the artist’s eye and muscle memory.

Also Read: How to Use a Smartwatch?

Senator Sixties Panorama Date has a variety of features that are unquestionably the best that this year has to offer. The case is polished stainless steel with a domed sapphire crystal on the front and a transparent case back, the dial has a degraded red-black lacquer effect, and there is a date window at 6 o’clock.

The timeless piece also has a brown alligator leather band with a stainless steel pin buckle and an automatic calibre movement 39-47, Glashutte Caliber 39-47 comprises 39 diamonds, beats at 28,800 vph, and has an estimated power reserve of about 40 hours.

The movement is finished in red and black, and it features many hand-engraved designs and beveled part edges. The FIERY ORANGE dial has a diameter of 42.00 mm and a height of 12.40 mm, and it has an embossed red and black dégradé effect pattern

The dials on these parts are the main attraction. To create the pattern, the dials are marked. The original techniques and methods from the 1960s are used to create this low-relief pattern. A 60-tonne press, which was already in use at the Pforzheim manufactory at the time, is used to emboss each dial blank.

The Sixties line reflects the art of Glashütte watchmaking, which dates back to 1845 and features legendary 1960s style. It is not for nostalgia lovers. It is lively and extroverted, committed to the spirit of the times today. The first of the famous line’s striking annual editions were only released in 2018.

The intriguing green models piqued the interest of fashion and watch enthusiasts all over the world.

Today, Glashütte Original releases an exciting sequel to this success story: the German manufactory presents the Sixties and Sixties Panorama Date in multi-faceted orange for its annual edition 2019.

In 2019, Annual Edition of the Sixties Panorama the sapphire crystal “Fiery Orange” is strongly domed and matches the curvature of the dial. The color scheme was chosen to be vivid and warm orange, which is unmistakably “late-1960s.”

It all begins with a galvanic bath, which gives the dial its golden yellow hue. The crystal on the case back, which is also highly domed and follows the form of the mechanism, is even more unique since it is visually striking, very unusual, extremely comfortable, and a quite clever trick to visually minimize the thickness of the watch.

Because of the high domed sapphire case back, you can see inside the movement rather than just looking at it.

As a “Fiery Orange,” this watch is bold, textured, vibrant, precise, and well-shaped. Starting with a golden yellow in the middle, the color changes to fiery orange and red as it moves around the curved surface before hitting the black perimeter.

After a galvanic bath gives the dial its golden yellow color, the dial makers add a series of layers of red and black lacquer with great care. The result is a dark, metallic color that shifts in tone depending on the light source.

In the dark, small luminous dots and thin hour markers with stylized white Arabic numerals at 3, 6, 9, and 12 o’clock provide adequate legibility. The hands are simple polished batons, which complement the dial’s boldness perfectly.

The Senator Sixties Panorama “Fiery Orange” or even all of the Glashütte Original watches are gaining popularity among collectors. It never ceases to be impressed by how the manufacturer has earned respect and affection.

This watch features vibrant colors, degraded dials, and numerals that are suitable for the period. Glashütte Original has long been a big player in Germany as one of the most versatile and professional brands.

Following the green dials of the 2018 version, this year’s The Senator Sixties Panorama “Fiery Orange” inspired by the 1960s, feature multi-faceted orange dials, this colorway was created through a lengthy process at the brand’s Pforzheim, Germany dial factory.