The Founder is a person who is involved in creating an organization, union, business, or entity. He calls the hots alone in his startup. He has a group of people or a team to help him to build and keep the started work going. A Co-founder is someone who is part of the founding team.

Do not mistake an investor for being a founder. You must draw the line and specify as you can who can be a founder.

There is a study that supports a startup being successful with more than one founder. The ideal number for founders is two, or even three but not more than that. Having more than three may eliminate the leadership status and everyone will be leading anyone. 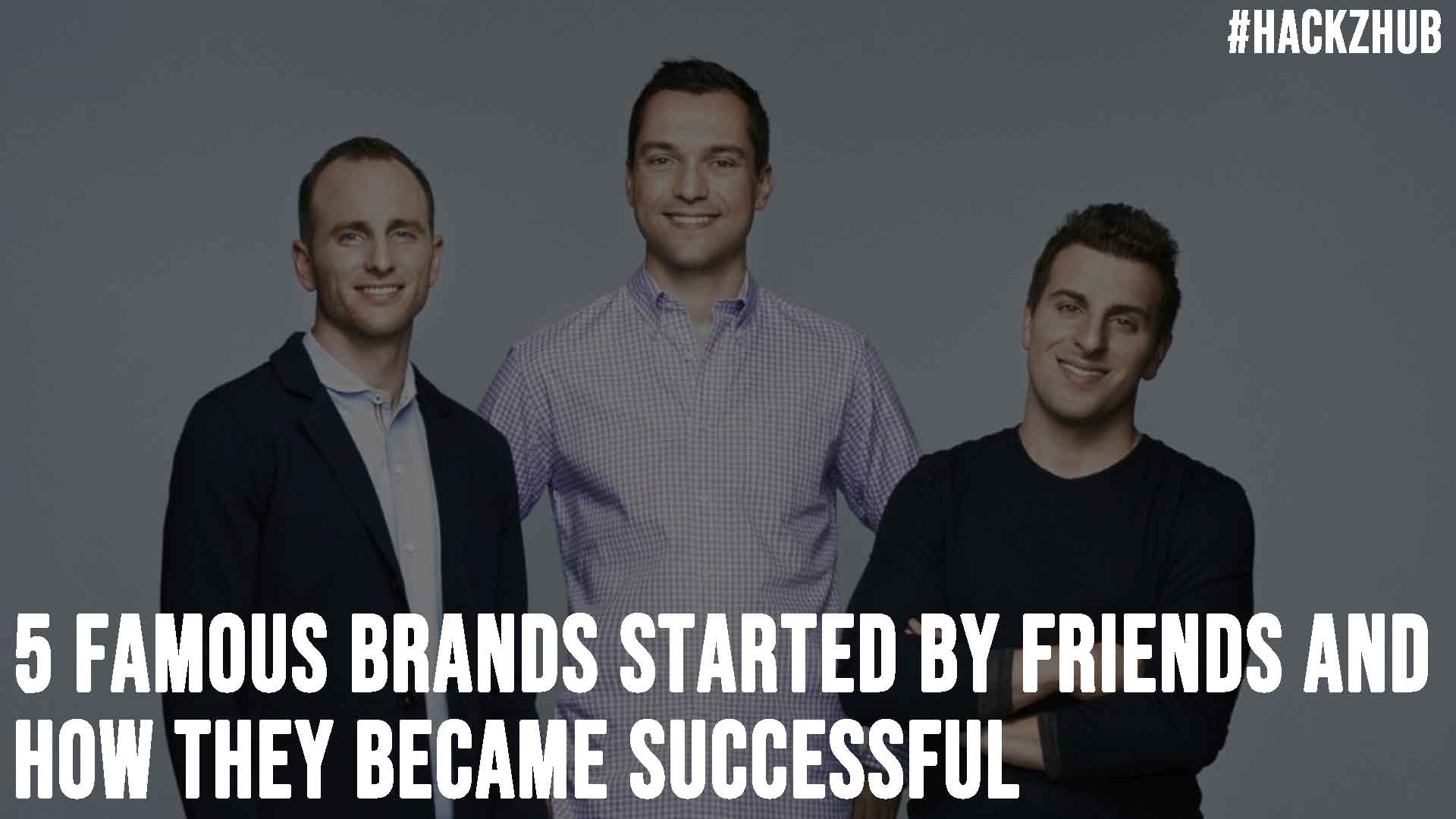 From a university project requirement into a world-known watchmaking brand. Imagine given the idea of turning it into a company. Bruno Belamich and Carlos A. Rosillo are two lifelong friends who started designing their timepieces and built their company out of a university project.

With their motto, “function shapes form”, the Swiss designers established their company in 1992.

They visioned to create a watch that would adapt to any extreme conditions that professionals would go through, and also conform to the great tradition of Swiss watchmaking. Thus, Bell and Ross were established.

The inspiration for Bell and Ross watches came mostly from aviation and military requirements and the advanced technology that coexists with them.

They sure take it seriously when they are given tasks that they were able to produce products that contain the highest visual and performing qualities.

Both from an Ivy League school, Bill Hewlett and Dave Packard graduated from Stanford  University with Electrical Engineering degrees in 1935.

Their friendship grew when they spent more time together given they go to the same school. Having shared the same interest and curiosity, the two grew closer in activities, ideas, and mentors.

Hewlett-Packard began to sneak into the duo’s minds when a mentor suggested for them to start a business. Agreeing to do so, the famous brand you know today was born in a humble garage in Palo Alto in 1938.

After that, they kept growing into an office with employees whom they took good care of with bonuses and blanket health coverage.

Hewlett-Packard or HP created their first product in 1938. This was based on Hewett’s master thesis on how they developed the machine that tests sound equipment like telephones, stereos, and radios.

Would you believe that a $5 and gas station can help bring you your favorite flavored ice cream? “How?”, you ask? Well, Ben Cohen & Jerry Greenfield surely know their way of doing their business. In a renovated gas station in Burlington, Vermont, Ben & Jerry opened their first ice cream scoop shop.

They hatched a plan to reach as many people as possible. Ben & Jerry rented a space to begin packing their ice cream in pints. And started delivering to groceries, and restaurants.

And wouldn’t you know it? They started making noise and people are becoming curious about this craze.

With a grateful heart, Ben & Jerry grew more over the years, they gave back to the community they were already serving with delicious frozen treats. They were all around from the Children’s Defense Fund, Farm-aids, and their very own foundation.

Harold “Matt” Matson and Ruth and Elliot Handler’s friendship grew into a business founded in 1945. First, they sold picture frames and dollhouse furniture.

Some struggles were along the way for the next few years but they came through and Mattel became a year-round sponsor of the Mickey Mouse Club in 1955.

Soon after, the Barbie doll came into the picture in 1959 which became Mattel’s best-selling toy. In the following year, Chatty Cathy was introduced.

This talking doll revolutionized the toy industry. The was Chatty Cathy was made to talk with the pull string mechanism, another toy used this too later on.

Mattel is now known as a manufacturer and designer of a broad variety of toys. Most of the toys are named after famous cartoon and animated characters.

Mattel sure knows his target market and he wastes no time in creating products that children and children at heart will appreciate and enjoy playing.

Before being one of the world’s most prestigious luxury watch manufacturers, Audemars Piguet started from the hands of Jules-Louis Audemars and Edward-Auguste Piguet in 1875.

It also helps that their families support their chosen career, which they also acquired from their family business. Their combined skill set and experiences made this teamwork a success.

In 1882, Audemars Piguet presented their chronograph pocket watch that has a perpetual minute repeater. And with the “Grande Complication”, they achieved their first company milestone in the year 1889 and were awarded a medal at the World Exhibition held in Paris.

A village located at Swiss Jura is Le Brassus, is where this duo established their company. They were in their early twenties and already starting a company and facing this journey to becoming a luxury brand known all over the world.

Things to Ponder On

We all heard that story of a dreamer in his humble beginnings, his struggles, how he overcomes them, and in the end, all his hard work paid off. There is always inspiration in sharing one’s story, especially one that started from nothing and into a popular brand in their respective industry.

A great friend can be closer to you than a brother. And when challenges arise, he will always help you through them. Maybe that is one reason for all those companies that began with friendships. You can always count on someone rather than doing it all on your own.

5 Positive Things Your Business has Learned from the Pandemic!