Home Health Hacks Can Kefir Consumption Have A Positive Effect on Our Mental State?

There is increasing medical evidence that seems to indicate that stress, anxiety, and depression can be treated through encouraging a healthy gut ecosystem consisting of thriving colonies of microbes. Specialists like John Cryan, a neuroscientist at University College Cork, Ireland has said that there are several species of gut bacteria that may be depressed in those suffering from depression. It is not yet clear whether the depressed count of these various bacteria is caused by depression – or if it causes depression, but it is becoming increasingly clear that the microbiome-brain connection is there. 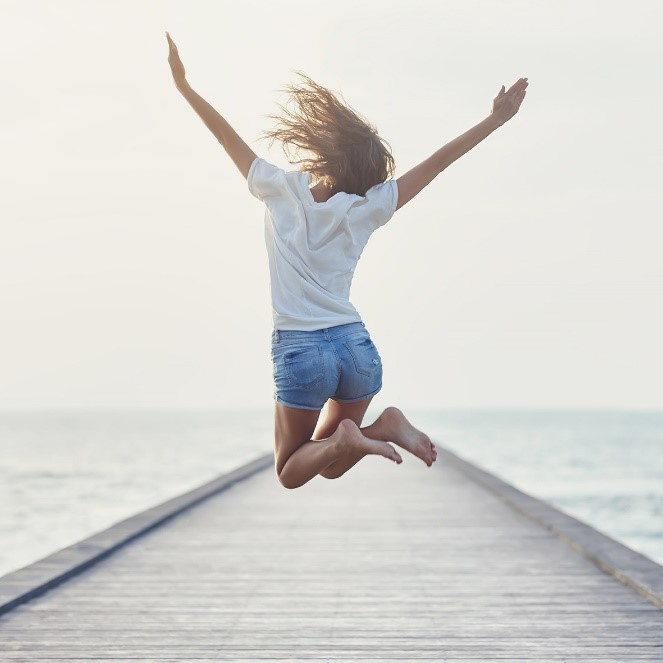 Research has shown that more than 90% of serotonin (make leads to feelings of contentment and happiness) is produced by specialized cells in the gut known as ‘enterochromaffin’ cells. If these cells are not functioning correctly it may lead to feelings of depression and anxiety. It also becoming clear that the stresses of modern life, including sub-optimal eating habits, exposure to toxins and the use of antibiotics can have adverse effects on the microbiome of the gut – lower the production of serotonin.

It appears that the production of serotonin allows the brain to function normally, however, there may also be a link between inflammation and microbiome in the gut that is not functioning correctly. A study conducted at the Catholic University of Leuven in Belgium showed that two bacteria in the gut (Coprococcus and Dialister) were missing in a large proportion of those who took part in the study.

The study also found that those suffering from depression had a higher than average population of the bacteria that have been implicated in Crohn’s disease. Studies like these serve to indicate that there is a strong connection between gut health and mental health.

One of the ways that health-conscious consumers can remedy this situation is through the consumption of “psychobiotic” or live culture products like kefir. Indeed, so strong is the evidence of the link between gut health and mood that several companies are now investing heavily in therapies that harness the power of probiotics to enhance mental wellbeing.

However, the consumption of kefir (a fermented and cultured beverage that tastes like yogurt) may offer those who are in search of a natural way to treat depression and associated conditions a way to start treatment today. The fact that Kefir has a tart and creamy flavor and is packed to the brim with probiotics only adds to the attraction of this natural remedy.

Kefir also contains high levels of calcium and Vitamin A – both of which are essential to keep the brain and nervous system in tip-top shape. Kefir also contains protein and B vitamins. The living bacteria that are the result of the fermentation process involved in the production of Kefir have also been shown to be superior to those which can be found in other probiotic supplements such as megaspore, the world’s number one.

In fact, animal studies at the University of Virginia have treated mice for depression by using a mixture rich in ‘Lactobacillus’, a probiotic bacteria found in Kefir and other live-culture dairy products. Interestingly enough, Kefir does not need to be made with dairy (although this is most common and the product is fermented), it can also be prepared using goat’s milk, coconut milk or rice milk, so those who are lactose intolerant can also enjoy the gut health (and mental health) that comes with consuming Kefir regularly.

By encouraging healthy colonies of bacteria in the gut consumers can not only enjoy better mental health but also a variety of other benefits that accrue from Kefir consumption. Gut health is essential in treating conditions such as diarrhea – which can become a real problem for those who have undergone treatment with antibiotics. It can also be beneficial to those who suffer from urinary tract or vaginal infections. A recent study has also indicated that Kefir has numerous antimicrobials, antioxidant and anti-inflammatory effects.

There are some indications that the consumption of Kefir may lead to some side-effects, including cramping and constipation – but anecdotal evidence would suggest that these effects usually occur when the person starts taking Kefir and will gradually disappear. people with weakened immune systems should also consult a physician before starting to enjoy Kefir on a regular basis.

READ ALSO:  How To Keep Yourself Fit And Healthy

When all is said and done the consumption of Kefir conveys many health benefits – to both body and mind. It has very few long-term side effects and it is a pleasant addition to the diet. It also appears to be superior to yogurt in delivering health benefits. It is today widely available – although many proponents of Kefir maintain that the best effects are obtained from homemade Kefir. There are several reputable online dealers who will supply both milk Kefir starter grains and kits for other types. If you suffer from gut problems – or would like to enhance your mental wellbeing Kefir may be the answer.

Breast Cancer: 7 Things to Know About This Fatal Disease

How To Eat Pasta In A Healthy Way